Customers should be sure about the sources from which these messages come and not blindly trust them and disclose all information. 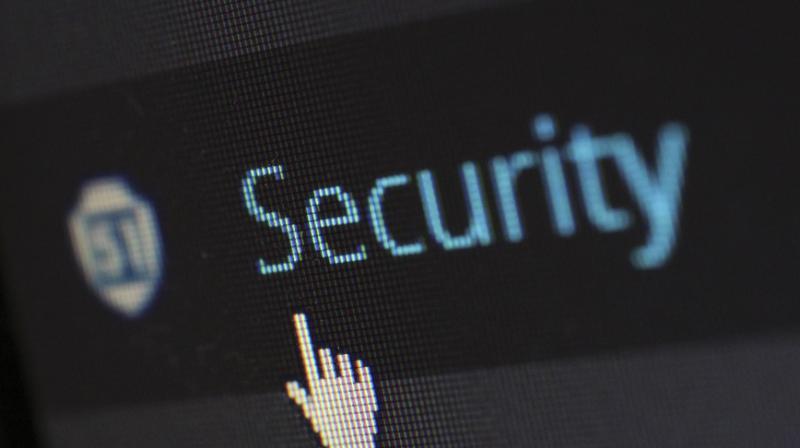 These messages are often not listed as 'Spam' but one should not fall for such 'lucritive' offers. (Representational Image)

What seems to be like a plan to dupe the customers is a message which we recently received by a random site claiming to be jiodishtvshop.com. The first message which we received was from AM-AMZOFF, it very much looks like an authentic messaging service and as it is not coming from any mobile number which can be authenticated. It says that the number has won a Jio Dish TV, with a three months free subscription at a mere price of Rs 11. A link also accompanied the message, which opened in to a web page which seemed to give a small introduction about booking the Jio Dish TV. 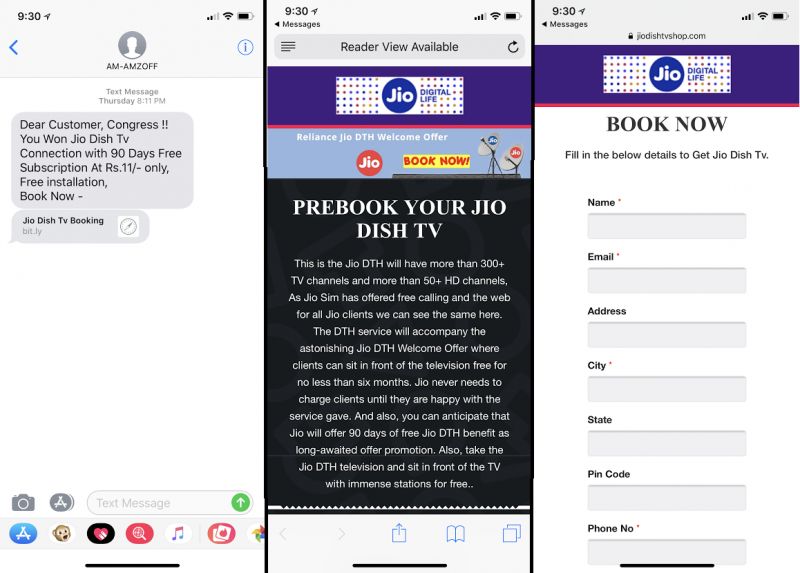 Once we scroll down, a segment saying ‘Book Now’ appears. It requests the user to share important information like name, email, address and phone number. Then you need to click on a button which indicated that you’ve read all the terms and conditions and then you are directed to the next tab. What seems to be rather surprising is that even though we entered mere alphabets, we were directed to the next tab. 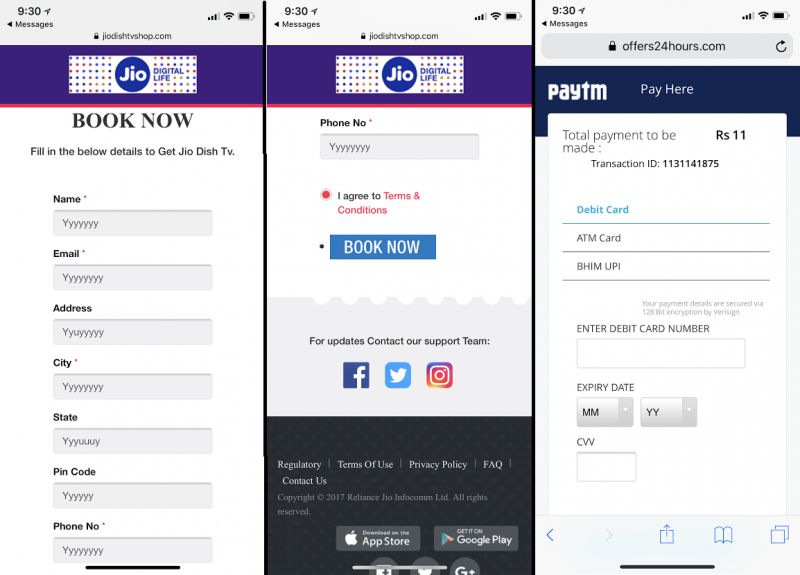 The next window was a so called ‘Paytm’ site with the name offers24hours.com. For making a payment of Rs 11,a transaction ID is provided for the user. The payment window asks for a payment option from Debit Card, Credit Card and BHIM UPI.

Even though a notification on the same page says ‘Your payment details are secured via 128-bit encryption by Verisign’ but it is definitely not so. The same tab asks for the card details. Once the user enters the payment details, the next tab asks for a three digit security PIN. 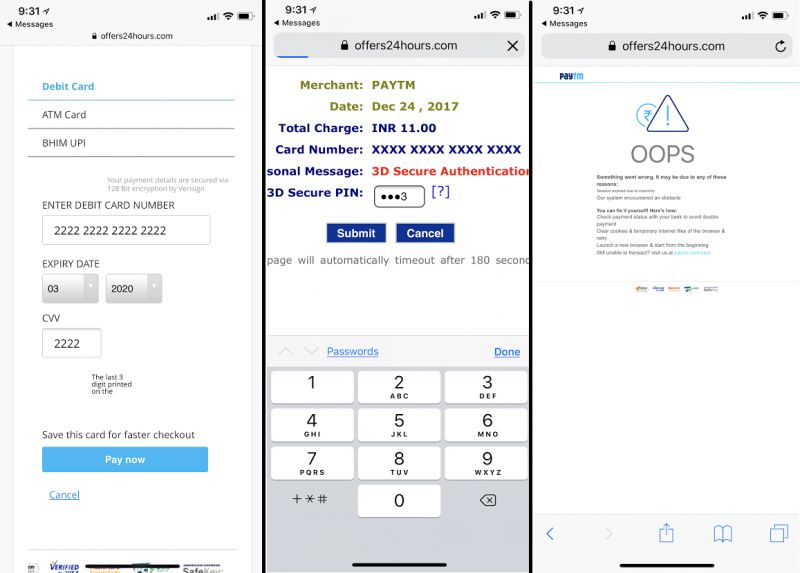 We again entered random numbers just to check the authentication. Once we submitted the OTP (which wasn’t even valid),a succeeding window popped up saying ‘OOPS- Something went wrong’.

So customers, beware of such kind of messages which ask for your confidential information.