A new app has been released to protect people when they send nude images of themselves. 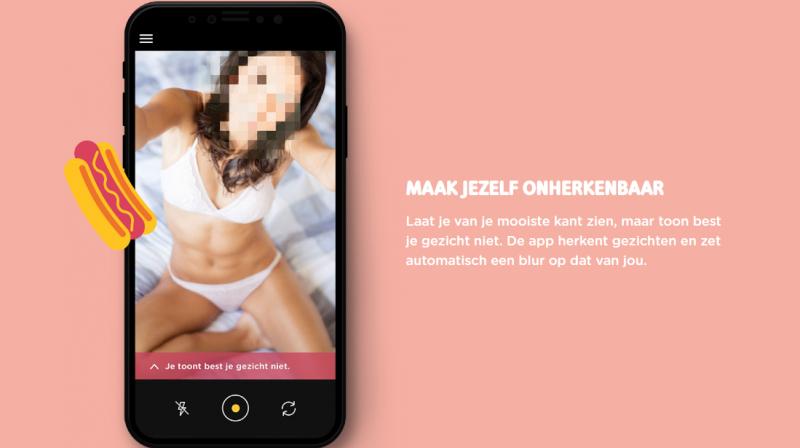 Sexting can be fun with consensual adults and unwanted ‘eggplant’ pictures are mostly uncalled for. However, at times sexting nudes of yourself may sometimes get shared on the internet without your knowledge and this can result in having your most intimate pictures getting flooded on various adult websites and forums. In a bid to better protect you while sexting, a new app has been developed and this could put your mind at ease.

The app, .comdom that’s been developed by Belgian telephone company Telenet allows you to tag your photos with a watermark that contains the name and phone numbers of the person that will receive the image. If the person who receives the image shares it, it can be easily traceable, according to Telenet.

A report by The Brussels Times reports that about 50 per cent of individuals between 15 and 21 occasionally sext and oftentimes send and receive messages containing explicit content including images. This phenomenon has increased in the recent past not just because of smartphones but also due to the fact that sexting has become normalized. A report by De Morgen quotes Child Focus organisation by stating, “Five years ago, our advice would have been to simply not send sexts. Now we realise that it is part of the sexual experience of young people.”

A spokesperson for Sensoa, the Flemish expertise centre for sexual health states, “The app provides an in-between step, between either not sending a photo, or sending an ‘unsafe’ photo. The responsibility also gradually shifts to the person who sends the photo. However, technology will not solve everything. A lot of attention still needs to be paid to sexual education, in which it is made clear that it is not okay to share received photos.”

The main intention of the app is to prevent people from sharing the images they receive. Fabienne Beckers who co-developed the app states, “The app lets you add the name and possibly also the phone number of the recipient to your picture. The recipient will then be much less inclined to share such a photo. You sometimes hear stories about photos of a pupil being shared with almost all students in a school. With this, that photo will also include the name of the perpetrator.”

The app warns that it is far safer not to show any identifiable features such as a distinctive birthmark or, tattoos or piercings and it also provides you with the option to blur your face. It also says that users should send these images to people whom they know very well and it also reminds you that you aren’t obligated to send images at all if you don’t want to.

With that being said, the watermark will only make the image a lot more fuzzy as the transparent letters above the picture will make it difficult to see every detail. The app reads, “You can still very clearly see what you want to show. You can also play with that watermark a little. You can slide it away from the places you want to show, or put it on top of them. We also tested the app with a lot of young people, and most of them said that they would definitely want to use it.”

This app is available to download from the Apple App Store and on comdom.be. It isn’t available on the Google Play Store as they don’t want to promote sexting.