M-Indicator update lets you know where your train is, informs you if it is late

The app can tell you which station your train is at, or if it is travelling between two stations, also adding in how late it is running. 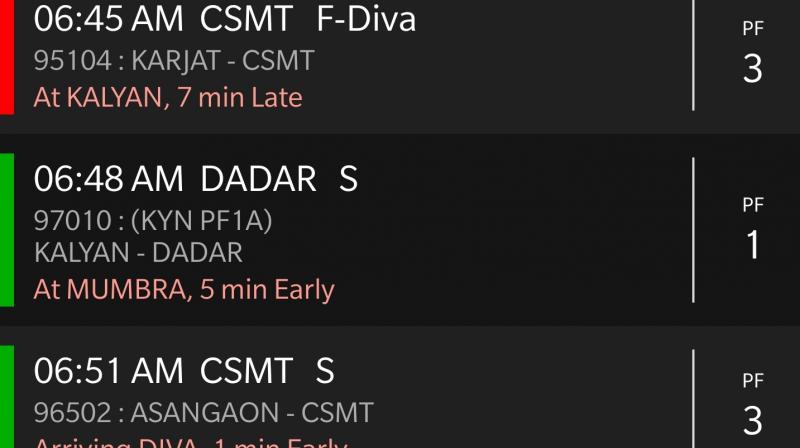 When you open the app after the new update, you will be asked if you’re “in this train” , following which the app will ask to get your location information.

Mumbaikars who travel regularly and even occasional surfers of the Mumbai local trains will swear by one app that makes their traveling a lot less confusing. The app that goes by the name of M-indicator would show travelers train timings, including what time the train would (ideally) reach subsequent stations on. But being one of the busiest railway networks in the world doesn’t come easy and trains are often late, making the station timings pretty much pointless.

However, a new update of the application changes that. M-Indicator now shows where your train is in real time, and even lets you know if it is running late, and by how many minutes. This is a boon for the thousands of people who travel in the Mumbai locals on a daily basis.

Which lines are supported?

The feature supports all three major lines of the Mumbai local network, that is Central, Western and Harbour Line. Other lines including the Trans-Harbour Line are also supported.

The app likely uses community-sharing to make this work. When you open the app after the new update, you will be asked if you’re “in this train” , following which the app will ask to get your location information. Algorithms then use the real time location of the passengers in the train to calculate the location of the train itself. This is similar to how Google detects traffic on roads in its Maps application, or how TrueCaller detects contact information.

This sometimes results in the delay of a few seconds, which is understandable since most people run scarce on network when the train runs at high speeds. Needless to say, while the app still works offline, you will need an active internet connection to make the most of this feature.