Technology   In Other news  26 May 2020  JioMart, self-declared as a kirana store aggregator, launches in 200 cities without them
Technology, In Other news

Grocery is 70% of Indian retail market, with 90% driven by neighbourhood shops. Will Reliance include them, subdue them or wipe them out? 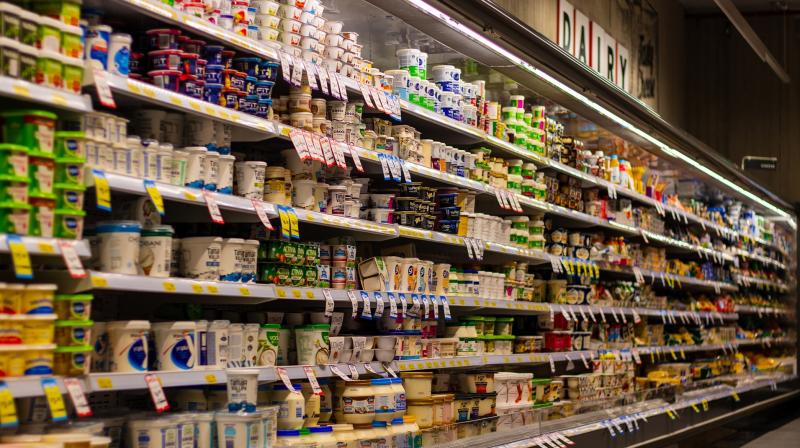 JioMart, which declared itself an aggregator of neighbourhood grocery stores, is currently looking similar to the BigBasket model of ecommerce. (Representative Image | Pixabay)

Weeks after Mukesh Ambani signed a deal between JioMart and Facebook, the self-declared kirana store aggregator has launched its services in 200 cities, including small cities such as Bhatinda, Mysuru and Dehradun, but without the neighbourhood stores on board.

While a pilot project was launched last month in the Navi Mumbai, Thane and Kalyan neighbourhoods of Mumbai served through kirana stores as well as JioMart’s own warehouses, now with the national launch, the kirana stores are at present nowhere in the picture.

Currently, grocery orders placed from a list of items on the JioMart website are serviced by Reliance Smart and Fresh stores and Reliance Retail’s Sahakari Bhandar stores, not neighbourhood shops, as financial services company Credit Suisse was quoted as saying by PTI.

“Just prior to the national launch, Reliance Retail tapped the WhatsApp customer base in the three pilot regions to source orders. In our view, it was just a test phase of integration,” it said. “The orders were available only for pick-up from nearby Kirana stores, whose details were sent to the customer via WhatsApp. However, the national launch, so far, does not have integration with WhatsApp.”

While JioMart claims it will be adding kirana stores shortly on to its platform, if it didn’t wait to launch with them, the question arises whether this is a test phase to see whether customers will flock to JioMart abandoning their neighbourhood stores.

Even if that is not the case or in the event that the test is not successful and the kirana stores have to be brought on board, Reliance could use them as mere delivery mules, insisting that the stores stock what Reliance supplies, at the rate it decides.

In an indication of that, Credit Suisse said, “In terms of pricing, Reliance has extended the Smart promise of ‘minimum 5 per cent off on MRP’ to all products on JioMart. The discount is higher on its private label brands, and is competitive to branded products.”

So, if it looks like the kirana store aggregator model of JioMart is morphing into a takeover of the grocery market itself, it could very well be the case. Market research firm Bernstein says grocery makes up 70 per cent of the Indian retail market, with more than 90 per cent driven by neighbourhood shops. “Organised penetration is less than 10 per cent while online penetration for grocery is less than 1 per cent,” it said.

So Reliance’s likely ambition to replace individual mom and pop stores is pretty much in keeping with what seems to be its monopolistic vision. Case in point, the telecom industry, where Reliance’s free offers and low prices managed to make it the dominant force in a field that earlier had several players.

As things stand, supermarket chain D-Mart’s April revenues are down 45 per cent year-on-year, with nearly 50 per cent of its stores shut or having restricted hours of operation. D-Mart is just one example among a vast space being vacated by similar businesses in the grocery market.

These falling revenues are what Reliance aims to mop up with the JioMart network.

“...a pan-India extension of partnerships with mom and pop stores after a successful beta test and ramp-up of this new commerce venture is crucial in Reliance’s grand plan of converting Jio’s 400 million-plus subscribers into customers for its ecommerce and other offerings,” market investment and insights firm CLSA was quoted as saying by PTI.

As such, Reliance’s recent partnership with Facebook-owned WhatsApp for JioMart is aimed at converting Jio subscribers into JioMart shoppers.

Eventually, like other online retailers, Reliance could integrate its entire retail offerings, including fashion, lifestyle and consumer electronics, onto one super ecommerce platform and mobile app, rivalling Amazon and Flipkart.

Bernstein in a separate report said as much: “JioMart has seen a 4x rise in online orders from a low base. With its pan India presence, JioMart now directly competes with Amazon and Flipkart in eCommerce.”