Technology   In Other news  25 Jul 2020  Tech This Week | Apple’s anti-trust hearing may be an exercise in cross talking
Technology, In Other news

Apple's app store holds a monopoly on iOS and as such app developers have no option but to pay the platform's commission to reach iOS users. 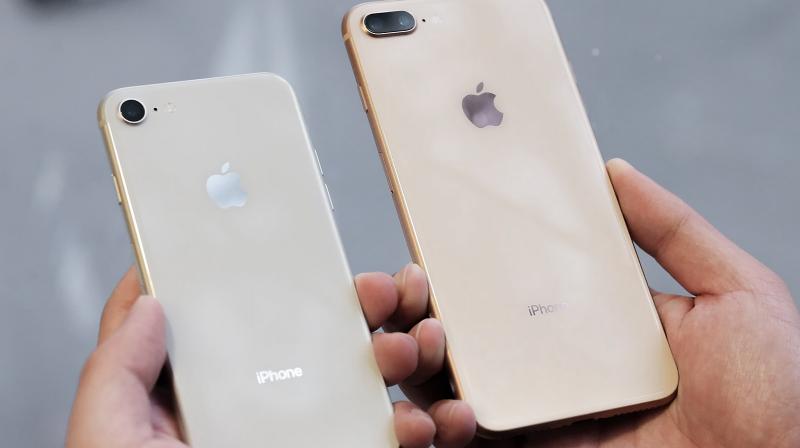 No other app store has entry barriers like Apple does. Developers can even choose to sidestep Google's Play Store to get to Android users but can't do the same with Apple.

In an event that is set to send sparks flying throughout the global tech ecosystem, the CEOs of Apple, Amazon, Google, and Facebook have agreed to testify to the American Congress for an anti-trust inquiry. Even before the inquiry, there has been cynicism around whether it is a good idea at all to have Tim Cook, Sundar Pichai, Jeff Bezos, and Mark Zuckerberg answering questions so close to each other. Because all of these companies have very different business models, the limited time is likely not going to be enough to achieve a lot.

Each of the four companies has been labelled as potentially ‘too big’ and arguments have been made in favour of breaking them up. But it is only Apple that comes to the event with a very recent chip on its shoulder. The App Store was involved in a very public fight with Basecamp around whether an app by the developer should be allowed on to the platform without paying the 30% cut that Apple charges.

Since then, there has been plenty of attention surrounding Apple’s App store practices, brought on by Basecamp CTO David Heinemeier Hansson who (in)famously compared Apple to the mafia on The Vergecast. Going into this hearing, Apple sanctioned a study from the very creatively named ‘The Analysis Group’ that aimed to defend Apple’s 30% commission charged to developers by comparing it to the commission charged by other platforms.

I would not be surprised if the findings from the study were used during the hearings as talking points for Tim Cook. The study itself is worth a read if you want to get a better understanding of how the space operates. However, to me it essentially felt like an instance of cross-talking. It’s the equivalent of noticing an elephant in the room, and then changing the conversation to talk about how small the room feels.

Let me explain why. The study raises a few key points. Firstly, there is the argument that Apple, like all platforms, incurs significant costs in maintaining the platform to ensure a good user experience. For instance, verifying apps and ensuring that they respect user privacy. Secondly, and this is spotlighted in the first page of the study, ‘Apple’s App Store commission rate is similar in magnitude to those of other app stores and digital content marketplaces’. Thirdly, the study points out that Apple does a lot for developers. The App Store offers App Analytics, payment services, and search functionalities that make it easy for users to find new apps. Finally, there is also the broader point that platforms such as the App Store are not public goods. Instead, companies such as Apple need to have incentives to maintain these ‘commons’, and the fee is a means to enable that.

If you just look a little bit closer inside all of these arguments, the problem that they are trying to address is that a 30% cut is normal and justified considering how hard Apple works for it. Especially considering that a platform such as Audible charges a 75% cut to host audio books. There are also multiple tables (like the one below) that provide handy comparisons stating exactly that.

And while you could argue that a 30% commission may be justified, that is not the issue that Apple is being called to court for. Had the commission been 20% or 10%, the problem would still persist. The issue is that App Store is the only medium to reach iPhone users. And since no developer can afford to ignore a segment such as iPhone users, no one can avoid paying the commission.

And that is not the issue with any other major app store here. In fact, none of these stores have entry barriers like Apple does. Developers can even choose to sidestep Google’s Play Store to get to Android users. Similarly, while Audible might charge a 75% commission, no one is obligated to pay it. Instead, audiobooks could be sold at Storytel, Google’s Play Books, and so on.

It is also important to keep in mind that all of these stores have modelled their commissions on Apple’s, since the App Store was the first mover here. So the only reason other people charge the same cut is because they are borrowing from Apple’s playbook.

In essence, the App Store is like a tollbooth. The study acknowledges that in passing when talking about indirect network effects and claiming that they are what makes a platform valuable. It does not do a lot else to address this. Perhaps that’s because there is not a lot to be said here.

If this report is a guide, there is every chance that Apple might end up cross talking in the hearings, leading to the anti-trust heating up in the near future. Watch this space.