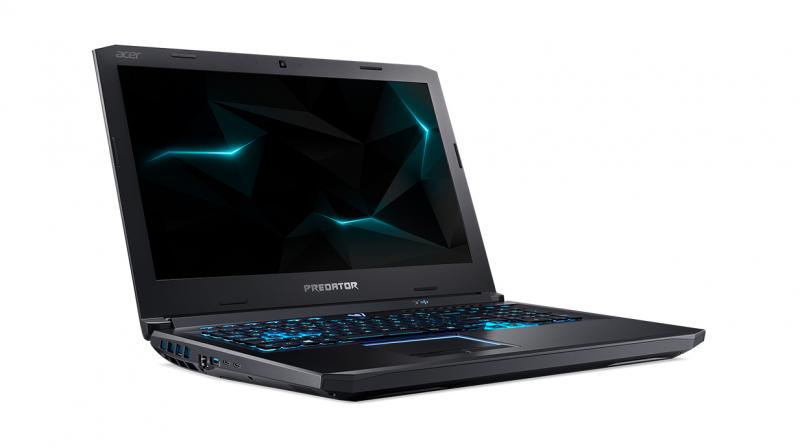 First unveiled at the next@acer global press conference in May 2018, the Acer predator Helios has finally made its way to India. This gaming notebook has gone on sale on our shores and it comes in two variants — an Intel Core i9 version and a Core i7 variant. It features Nvidia GeForce 8GB graphics, VR ready performance, advanced thermal technologies, fast connectivity and much more.

The gaming notebook comes in two variants, the first of which is an 8th generation Intel Core i9-8950HK and Nvidia GeForce GTX 1070 8GB graphics, the second features AMD Ryzen 7 2700 and AMD Vega 56 graphics options. One can also choose a 4K display version with a screen size of 17.3-inches that features a 1440Hz refresh rate, or Full HD IPS display version which will be priced lower. NVIDIA G-SYNC technology is supported on both the built-in display and external G-Sync Capable monitors, allowing for smooth imagery without tearing or stuttering.

A backlit RGB keyboard offers four lighting zones with support for up to 16.8 million colours. Anti-ghosting technology provides the control for undertaking complex commands and combos, which can be set up via five dedicated programmable keys.

Cooling of the Acer Predator Helios 500 laptop is taken care of by the brand’s AeroBlade 3D metal fans, and five heat pipes that distribute cool air to the machine’s key components while simultaneously releasing hot air. Fan speed can be controlled and customized through the PredatorSense app.

The notebook features dual Thunderbolt 3 ports, and display and HDMI 2.0 ports support for up to three external monitors. There are two speakers, a subwoofer and it features support for Acer TrueHarmony and Waves MAXXAudio technology.

The Predator Helios 500 gaming notebook is already available in India at exclusive Acer malls and e-tail partners. The Intel Core i9 variant is available starting from Rs 2,49,999 while the Core i7 version is scheduled to launch soon with a tentative pricing of Rs 1, 99,999.