Get ready for flying to your grocery store

Known as Kitty Hawk, the helicopter-inspired vehicle can transport one human with ease and land anywhere. 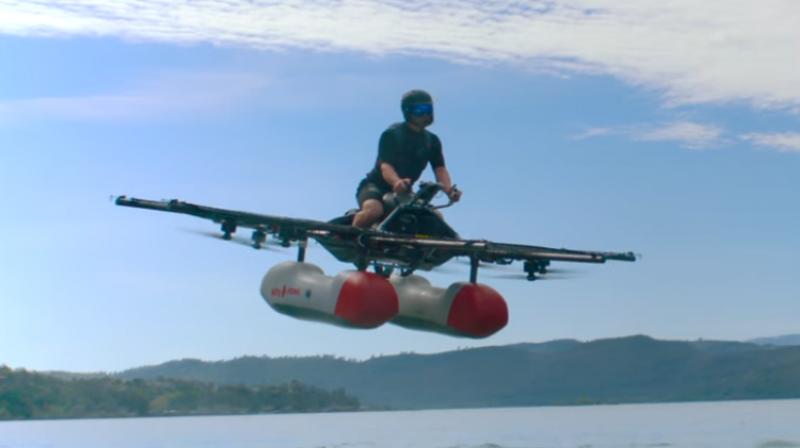 The vehicle weighs about 100kg and can fly up to 25mph, which isn't jet-fast, but it's great for something that the world has never seen before.

The technology sector is extremely interesting these days. The vision of companies like Tesla has helped the automotive industry witness a revolution. We are seeing a lot of self-driving cars coming out of the research labs and finding a place in the daily lives of the generic consumer. Now, someone has decided to use available technology to make a long awaited dream of millions come true – a flying car.

It’s not exactly a car, to be honest. But it is a step towards the realisation of an affordable personal transportation capable of doing a flight. Funded by Larry Page and created by Sebastian Thrun – a man who helped create Google's self-driving-car project, the end result is far from fitting into the definition of a car, but an achievement nonetheless.

Basically, the thing looks like a combination of a mini hovercraft and a drone with a water scooter body slammed on top. There’s a video on YouTube that shows the same in action.

The vehicle weighs about 100kg and can fly up to 25mph, which isn't much, but it's great for something that the world has never seen before. It can take-off vertically and fly in a manner strikingly similar to a drone.

Kitty Hawk is legal to fly in the US, especially in uncongested areas. You also won’t need any license to fly as it is very to drive (or fly) the thing. Oh, as you must have noticed, it can land on water as well.

However, this is not the final thing. It will be developed further to get it as close to the definition of being a car, with proper safety features and comforts.

The price for the Kitty Hawk hasn’t been mentioned yet. However, you are bound to get $2,000 discount on the final product if you book it for $100 now.