This case is one of several recent cases where Apple watches had helped save lives. 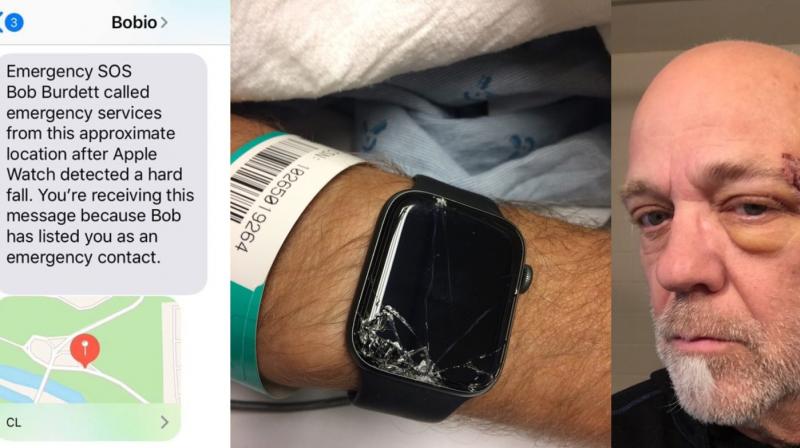 The watch had smartly notified the respective authorities of the accident by calling 911 and emergency medical services were able to reach Bob, who had suffered a head injury, within 30 minutes.

Gabe Burdett from Washington was waiting for his father Bob at a meeting point, from where the two were to go enjoy mountain biking together. Burdett instead received a text from his father’s Apple watch, saying it detected a fall.

The watch provided his father’s location too. However, by the time Burdett reached the spot, his father was missing. A startled Burdett gets another text from the same watch, letting him know that his dad had reached the Sacred Heart Medical Center safely.

"We drove straight there but he was gone when we arrived. I get another update from the Watch saying his location has changed with a map location of SHMC. Dad flipped his bike at the bottom of Doomsday, hit his head and was knocked out until sometime during the ambulance ride," Burdett later wrote in a Facebook post.

"If you own an Apple Watch, set up your hard fall detection, it's not just for when you fall off a roof or a ladder," Burdett further explained in his post.

The watch had smartly notified the respective authorities of the accident by calling 911 and emergency medical services were able to reach Bob, who had suffered a head injury, within 30 minutes.

This case is one of several recent cases where Apple watches had helped save lives. This includes a case where A US doctor used the watch on a patient to detect atrial fibrillation and a UK man who was alerted of low heart rate, which when diagnosed was found to be a major disease.