Technology   In Other news  24 Sep 2018  Home modems, routers hit by US China tariffs as 'smart' tech goods escape
Technology, In Other news

Consumer tech industry officials say they expect billions of dollars worth of these products. 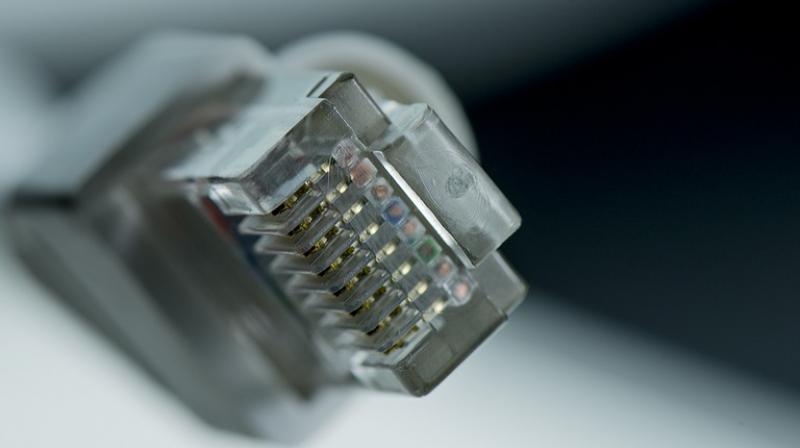 The modems, routers, switching and networking gear that keep the internet functioning were not included in a newly created US tariff code that was exempted from the latest China tariffs. (Photo: Pixabay)

US tariffs that hit some $200 billion worth of Chinese products on Monday spare many high-profile consumer technology items such as “smart” watches and speakers, but the less flashy home modems, routers and internet gateways that make them work weren’t so lucky.

Consumer tech industry officials and the US Customs and Border Protection agency say they expect billions of dollars worth of these products, including those designed for home use, will be subject to the 10 per cent tariffs activated on Monday.

The move will effectively create a two-tiered tariff structure for consumer internet, with many products, such as Fitbit fitness trackers, Apple Inc’s watch and Amazon.com Inc’s Echo smart speaker being favoured over routers and internet gateways from Arris International, Netgear, D-Link and others.

“We’re operating under the assumption that the tens of millions of devices that deliver high-speed internet into consumers’ homes will be impacted by these tariffs,” said Jim Brennan, Arris’ senior vice president of supply chain, quality and operations.

“It feels anti-consumer because our devices are what enables the core of consumer tech,” Brennan told Reuters.

The modems, routers, switching and networking gear that keep the internet functioning were not included in a newly created US tariff code that was exempted from the latest China tariffs, a spokesperson for the US Customs and Border Protection agency said.

The agency has made no distinction between consumer-use modems and routers and the commercial network equipment used by data centres and broadband internet providers.

Most new Internet-connected devices had been lumped into a broad category in the US Harmonized Tariff Schedule, 85176200, “Machines for the reception, conversion and transmission or regeneration of voice, images or other data, including switching and routing apparatus.”

The catch-all category saw $23 billion in US imports from China and $47.6 billion from the world last year. It was the largest component of US President Donald Trump’s latest tariffs targeting Chinese goods.

The US Trade Representative’s office had said it was breaking out items such as smartwatches, fitness trackers, Bluetooth audio streaming devices and smart speakers into a new subcategory that would be exempted, but it gave few details.

According to a notice posted by the US International Trade Commission, computer modems would stay in a separate sub-category, while “switching and routing apparatus” would be put into a new sub-category. Neither of these sub-categories was granted exemptions from the tariffs.

“Although we have not had occasion to issue rulings on the scope of a provision for ‘switching and routing apparatus,’ we agree that as a general matter, modems, routers, and networking equipment will be subject to the remedy,” a Customs and Border Protection spokesperson said late on Friday, referring to the 10 percent tariff.

It was not clear how much of the $23 billion in Chinese imports within the catch-all category could escape tariffs, but a Reuters review of industry data suggests the share could be small.

US Census Bureau data has not yet captured the volume of annual imports from China — or any country — of the goods that will be exempt.

But the Consumer Technology Association estimates that the US market for fitness trackers, smartwatches, smart speakers and wireless earbuds and headphones was $8.2 billion in 2017, with forecast sales of $11.6 billion for 2019.

Even if China produced a majority of those goods, exemptions would only apply to a fraction of the $23 billion categories.

CTA has forecast direct sales of modems and routers to consumers at $2.3 billion for 2019, up from $2 billion in 2017, excluding the products supplied directly by cable and broadband internet providers and equipment used in data centres and other infrastructure outside the home.

But the group argues that consumers will bear the costs of the tariffs, even if their service provider buys the modems.