PUBG gets a smaller ‘Fortnite-like’ map with new game mode

Called Sanhok, the new map is smaller yet houses a variety of topological features. 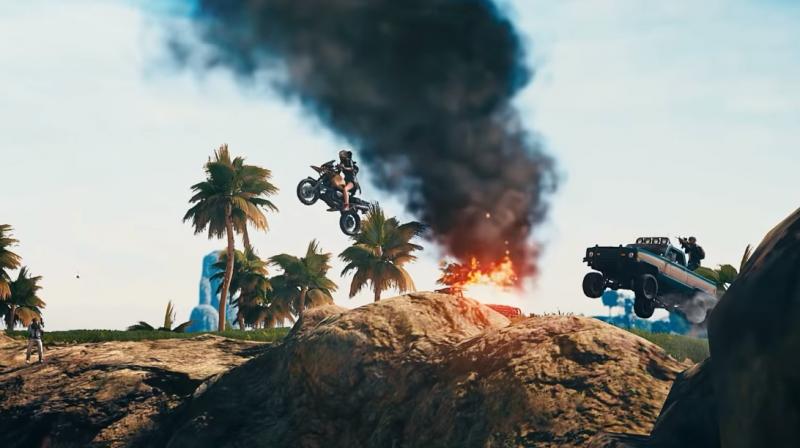 The update has been only rolled out to the PC version for now.

If there has been any game that has gone viral in the recent times across multiple platforms, it has to be Player Unknown’s Battle Ground; or better known to fans as PUBG. The game has taken the world by storm, especially after its launch on mobile platforms. While PUBG on mobile devices is fun for quick sniping sessions, the PC version is where the experience is multiplied with better graphics and physics. At this year’s E3, the developers promised the addition for several new maps and one of them has been rolled out for the PC version.

Called Sanhok, the new map is pretty different to the existing maps on PUBG. While the topological features are pretty identical to the “Erangel” map, it's pretty smaller than the existing maps. The developer says that Sanhok measures 4x4 sq.km, making gameplay experiences more interesting. The smaller map will still accommodate 100 players, but will result in shorter matches as players will get to the action faster. The map features certain tropical topological features such as caves, monuments, resorts and more. Players can now also drive boats on the water bodies.

Apart from the new map, PUBG also brings a new gameplay mode by the name of Mini Royale. The new mode essentially brings limited time missions that can fetch better rewards and points. The new gameplay mode will only be available on Sanhok for now.

Additionally, a new weapon by the name of QBZ95, which replaces the SCAR-L weapon in Sanhok. The new weapon promises better kill rate than all the weapons in its class. There are new outfits for players as well. Lastly, the update brings in several bug fixes to the existing maps and improved several elements that can help make the gameplay experience better.

The update has been only rolled out to the PC version for now. However, we can expect the developers to roll out the new map, the new gameplay mode and the new weapon to the mobile platform soon.