Technology   In Other news  24 Apr 2020  Smartphone shipment in India will fall 10 pc this year, says industry research
Technology, In Other news

Just last year, the Indian smartphone market surpassed the US for the first time on an annual level with shipment of 158 million units 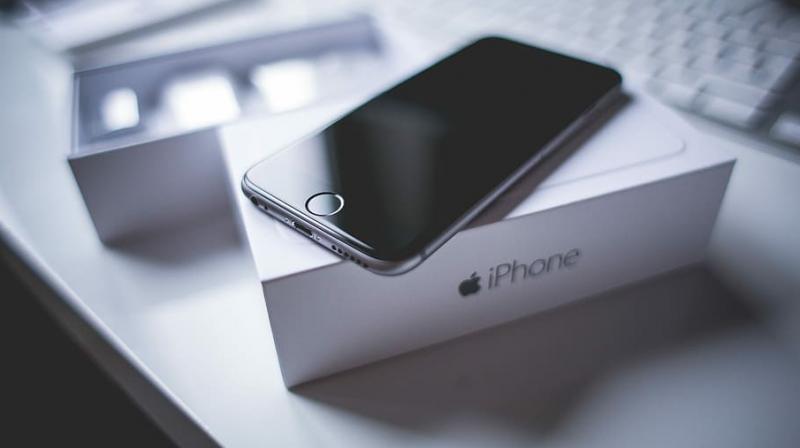 Apple registered a 78 per cent year-on-year growth, driven by strong shipments of iPhone 11 and multiple discounts on platforms like Flipkart and Amazon in 2019.

New Delhi: Smartphone shipment in the country is expected to decline by 10 per cent in 2020 due to the coronavirus pandemic, according to Counterpoint Research.

The January-March quarter saw smartphone shipment growing at modest 4 per cent with over 31 million units.

The report said January and February shipment grew annually due to new launches and aggressive promotions, but a steep 19 per cent decline in March - due to COVID-19 outbreak - restricted overall growth in the quarter to just 4 per cent.

The government has imposed a nationwide lockdown till May 3 and “any signs of recovery will likely only start from the third quarter onwards”, Counterpoint said.

“As a result, we are estimating that overall smartphone shipments will decline by 10 per cent for the full calendar year,” Counterpoint said.

The Indian smartphone market surpassed the US for the first time on an annual level with shipment of 158 million units in 2019, a growth 7 per cent over the previous year.

Counterpoint added that the recent GST hike on mobile phones (from 12 per cent to 18 per cent) will also have an impact on margins and new launches of phone makers.

Prachir Singh, Senior Research Analyst at Counterpoint Research, said the effect of COVID-19 on the smartphone market in India was “relatively mild until mid-March”.

“However, economic activities declined as people save money in expectation of an extended period of uncertainty and an almost complete lockdown. Almost all smartphone manufacturing has been suspended,” he noted.

Also, with the social distancing norms, factories will be running at lower capacities even after the lockdown is lifted, he said.

Consumer demand will have a larger impact on smartphone sales, as people will focus on saving and therefore limit discretionary purchases, Singh said.

“We believe demand will shift to the second part of the year. Even if the situation stabilises by mid-year, people may hold-off purchasing until the festive season,” Singh said.

For handset makers, a lot of work will be needed to restart operations once the lockdown is lifted.

This will range from managing existing inventory across all distributor and retail touchpoints and supporting retailers sell-through older inventory, it said.

They will also have to align their channel and sales strategies to drive sales in non-affected areas after the lockdown is lifted in phases, starting with the green zone areas.

Xiaomi led the market with 30 per cent share of the smartphone shipment, followed by vivo (17 per cent), Samsung (16 per cent), realme (14 per cent) and Oppo (12 per cent) in the first quarter.

While smartphone market registered growth, feature phone market saw a decline of about 24 per cent.

Counterpoint noted that Chinese brands are gaining momentum in the feature phone market, reaching a combined 33 per cent share in the category, up from 17 per cent in the year-ago period.

Itel led the category with 22 per cent share of shipment, followed by Lava and Samsung (15 per cent), Nokia (13 per cent) and Micromax (7 per cent).

Samsung led the premium smartphone category (above Rs 30,000) surpassing OnePlus. Counterpoint said OnePlus’ growing presence in the ultra-premium segment (above Rs 45,000) will help it to expand within the same segment with its new 8 Pro series.

It added that Apple registered a 78 per cent year-on-year growth, driven by strong shipments of iPhone 11 and multiple discounts on platforms like Flipkart and Amazon. Apple led the ultra-premium segment with 55 per cent share.