With the eSports community still growing in India, the team behind UCypher, Ronnie Screwvala and Supratik Sen give some insight. 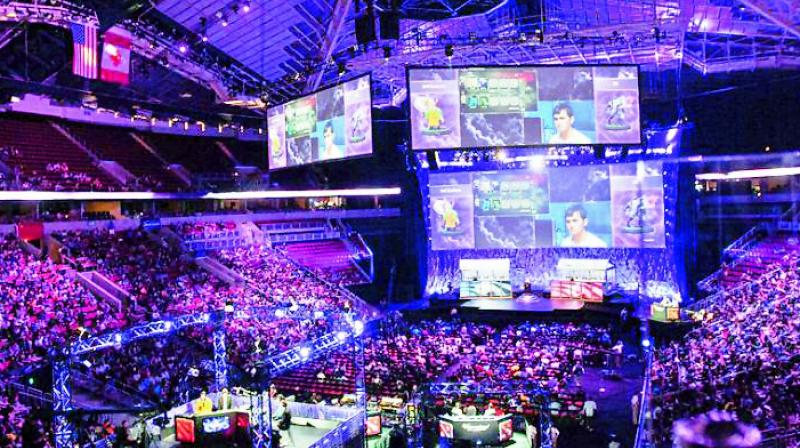 We had a chance to talk to Ronnie Screwvala, Founder of Usports and Supratik Sen, CEO of Usports about the new venture.

The internet and the Indian eSports community was set ablaze last February when Ronnie Screwvala announced that he would be creating a venture aimed at promoting eSports in the country and bring it to national television via his new tournament called UCypher. The prize pool announced was insane, a whopping Rs 51 lakh for the first season, an amount only surpassed by the ESL India Premiership, which boasted a prize pool of Rs 64 lakh. Was it everything we hoped it would be? Well, yes and no, it all depends on what side of the aisle you find yourself on. If you’re a hardcore gamer and already follow the eSports scene, you will be sorely disappointed with the emphasis on drama over actual gaming content. However, if you are more of a regular gamer who occasionally dabbles into competitive games, you will find value added to your daily television viewing experience in UCypher.

UCypher is not an eSports spectacle, heck it’s not even a tournament. What it is, is a TV show with the tried and tested Roadies formula, and is primarily aimed at bringing gaming and games into the limelight, not eSports. If the idea was to bring gaming into the mainstream, and the show has managed to alienate the gamers themselves, then it remains to be seen how the show pivots and at the end of the day, where it leaves gaming and its perception in India.

We had a chance to talk to Ronnie Screwvala, Founder of Usports and Supratik Sen, CEO of Usports about the new venture.

QTell us in detail about UCypher?
RS: UCypher is the country’s first multi-platform, multi game eSports championship that aired on January 19 for Indian audiences. Our ambition with UCypher is to present talented gamers a platform that helps them achieve their maximum potential as well as shape their career in eSports leagues.
UCypher has six teams, with 14 members in each team, competing for Season 1’s total prize money of Rs 51 lakh. The combat zone orbits around four games, namely Counter Strike: GO and DOTA 2 on PC, Tekken 7 on PS4 and Real Cricket 2017 on mobile. The championship airs on MTV, and is available digitally on Usports.in, YouTube, Twitch, and Voot.
Season 1 comprises of 35 episodes. Each episode will have two teams face off on all the four games to gain league points. It is a daily, one-hour show with repeats the next day on MTV.
The players have been meticulously picked from the top eSports tournaments and teams from pan India. The championship aims to connect with audiences across genres, focusing on the human element of the players, to provide a glimpse into the world of eSports, promising to be a thrilling race to the finish line.

QIndia is still discovering gaming, why such a quick jump to eSports?
RS: eSports is a recent but global phenomenon and is just waiting to explode in the country. We, at UCypher, want to increase the popularity of this genre as a pure sport and encourage more people to watch and engage in it. There is more to gaming than just simple video games. There has been enthusiasm for eSports sparkling under the surface in the country for far longer than what is known. But due to the limited exposure, it hasn’t got its due credit.

QHow do you think the show will help gamers/e-gaming athletes or the sport in general, here in India?
SS: In terms of India, I think it’s all taking off. It is a platform, and gaming is right now an official sports at the Asian Games 2022. There will be a lot of global championships, so for an Indian gamer it will be an opportunity to actually look at it as a profession and then to look at how they can sustain it and then go and represent India in the field at other championships. In general, I think eSports is here to stay and will keep growing. It is the new age concept of strategy. How chess was maybe 400-500 years ago, that’s what ports is to the current youth. And that’s the inspiration. It will evolve, and with new games coming in on PC, console, and mobile, the entire evolutionary space will also be a very new and exciting one to watch.