How to get Android Nougat 7.0 for Xiaomi Redmi Note 4

Android Nougat on MIUI 8 will be released soon as the beta version for testing is already out. 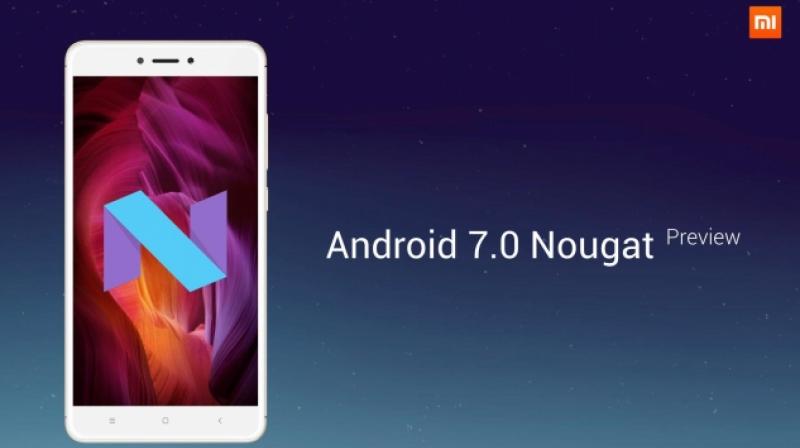 The Redmi Note 4 comes preinstalled with the company’s own MIUI operating system based on Android Marshmallow, which the company has confirmed to update to Android Nougat within the oncoming weeks.

Xiaomi has confirmed that the Redmi Note 4 sold in India will be getting the Android Nougat within a few weeks for now. The global beta release is already out for testing and the final version will roll out soon.

Xiaomi launched the next version of Redmi Note 3, the Redmi Note 4 in India this month. The device is aggressively priced for the mid-range market with the device pitting itself against rival handsets with similar configuration with almost half the price of the latter.

Redmi Note 4 was launched in China some time back and Xiaomi has brought the device to India. However, while the Chinese variant sports the deca-core Helio chipset, the Indian version is powered by a Snapdragon 625 chipset with 2GB/3GB/4GB RAM and 32GB/64GB variants. The device has a similar design seen on the Xiaomi Mi Max launched earlier with a 2.5D 5.5-inch full HD display and a metal body. Xiaomi said that the Redmi Note 4 is first launched in India with the Snapdragon-based chipset.

The Redmi Note 4 comes preinstalled with the company’s own MIUI operating system based on Android Marshmallow, which the company has confirmed to update to Android Nougat within the oncoming weeks. The Xiaomi Mi 5 was one of the first handsets to receive the Nougat update and it did a few days ago.

To know more about the Android Nougat update for Redmi Note 4 Qualcomm edition (India), or if you are impatient enough to get the beta update flashed earlier than the final release, click here.