Billy Searle, in his final year of Loughborough Design School, created a controller, shaped like an orb, to help people with disabilities. 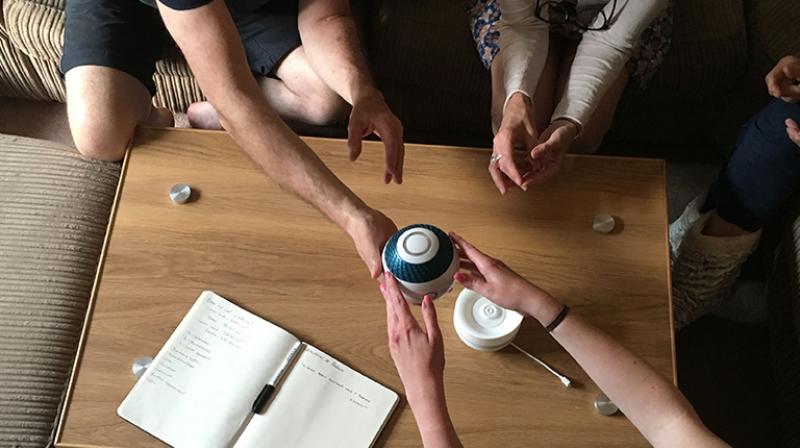 He named the device ‘Mylo’ - a reference to the mile-long distance that Jess walked for charity in 2016. (Photo: lboro.ac.uk)

Jess Searle has a type of cerebral palsy that means she has always struggled with handheld devices or game consoles.

“It made me not really bother about technology, because I struggled so much,” the 25-year-old told Reuters.

“I found other ways of communicating because that was just easier for me,” she said at her home in Bromley, South London.

With his sister Jess in mind, Billy Searle, in his final year of Loughborough Design School, created a controller, shaped like an orb, to help people with disabilities improve their dexterity.

He named the device ‘Mylo’ - a reference to the mile-long distance that Jess walked for charity in 2016.

Billy hopes the controller could one day make gadgets and gaming more accessible as well as help develop muscles and movements.

“The idea is that Mylo can be an occupational therapy system whilst being a fun, engaging exercise, something ... someone wants to engage with.”

The 3D-printed prototype connects to a smartphone or tablet via Bluetooth and has multiple sensors.

“There’s also a mechanism inside that means the more the user plays with the controller it becomes harder for them to twist. So it’s also enhancing their muscle strength,” he said.

After handling and playing with Mylo for about half an hour, Jess said the controller opened up more possibilities for her.

“It’s easy to hold and easy to use and [you are] playing a game along with that as well,” she said.

Billy Searle is now looking for potential investors to help him develop his prototype into a finished product.