Trump's objection to adhere to security protocols has raised a cause for concern. 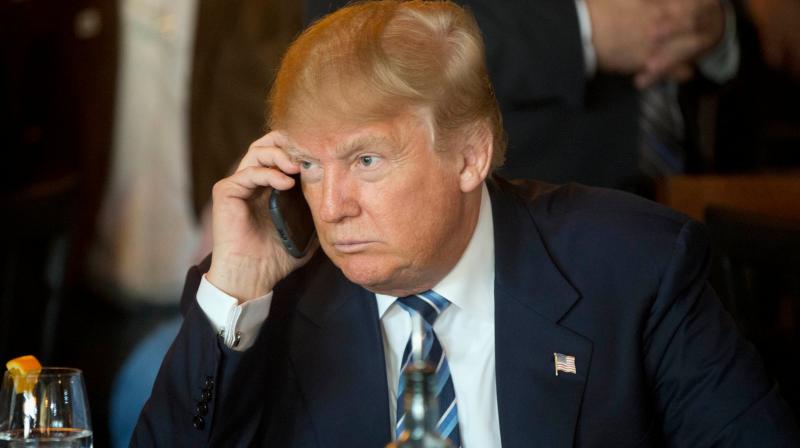 Trump purportedly switched from his Android phone to an iPhone, following the reports that claimed he used to tweet from a device that would no longer receive security updates. (Photo: AP)

Unlike former US President Barack Obama, the now President Donald Trump is reportedly ignoring the operational security (OPSEC) rules by his security team that requires swapping phones on a timely basis. Obama used to swap his iPhone every 30 days to ensure his data and privacy is not compromised in any way. Swapping a phone in 30 days ensures that if compromised, the hacker would not get any data more than 30 days old.

Trump, who once called for a boycott of Apple products during his presidential campaign in 2016, is reportedly using two iPhones. Trump purportedly switched from his Android phone to an iPhone, following the reports that claimed he used to tweet from a device that would no longer receive security updates. However, according to a report by Politico, despite switching to a new up-to-date phone, the president is using his devices in ways that could increase the risk of being hacked, potentially exposing him to surveillance.

The report asserts that the president has been neglecting White House protocols meant to keep his phones secure. As mentioned above, Trump uses at least two iPhones — one phone is dedicated for calls and the other for Twitter and news apps. Politico quoted a senior West Wing official saying that the devices “are seamlessly swapped out on a regular basis through routine support operations. Because of the security controls of the Twitter phone and the Twitter account, it does not necessitate regular change-out.”

The report further adds that Trump's objection to adhere to security protocols has raised a cause for concern. Trump is denying to swap out his phone on a monthly basis and has resisted attempts to do so for as long as five months "without having the phone checked by security experts," instead, saying it's "too inconvenient."

In addition, the West Wing official said, “Due to inherent capabilities and advancement in technologies, these devices are more secure than any Obama-era devices.” Adhering to special security features is a practice that former presidents have addressed in the past. Former President Barack Obama purportedly had his phone inspected every 30 days.

“While the iPhone is one of the most secure commercial devices available, it's not infallible. Remote jailbreaks have been reported to exist for around the $3M price range. That's a pretty low price to pay for access to an American president's phone,” Ryan Duff, a security researcher who has studied iPhone, told Motherboard.

“Access to that iPhone has incredible implications for national security. Not only would it allow you to have a microphone around the president during his private conversations, but being able to do something more nefarious, like sending a rogue tweet, could literally start a war," the researcher added.