Technology   In Other news  23 Mar 2020  IBM, Amazon, Google in US consortium using 16 supercomputers for coronavirus research
Technology, In Other news 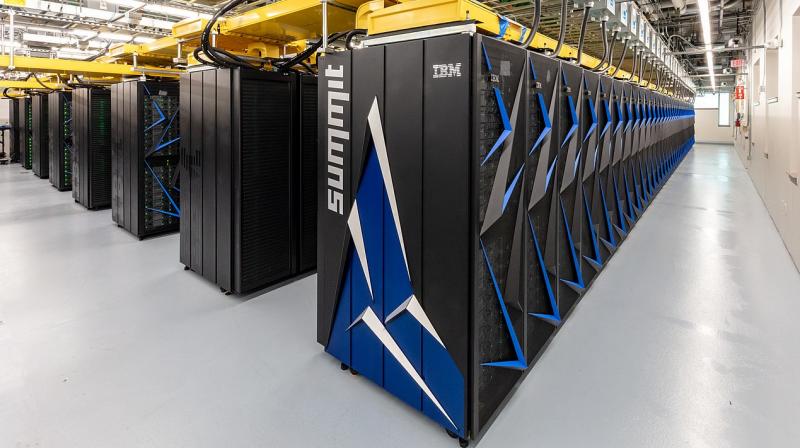 Chennai: Computing major IBM and the United States government have partnered together along with other technology firms and universities to provide 16 supercomputers for research on drugs and vaccines to battle the coronavirus COVID-19 outbreak.

On Sunday, the White House Office of Science and Technology Policy announced it was setting up a High Performance Computing Consortium, which comprises the US Energy Department’s national laboratories, as well as IBM, Alphabet’s Google Cloud, Amazon Web Services, Microsoft and several universities.

The consortium will evaluate proposals from researchers (government, private companies and academia) and pick the most promising ones for access to the supercomputers.

Among the 16 machines that the researchers will have free, remote access to are the IBM Summit, located at Oak Ridge National Library and the IBM Lassen at Lawrence Livermore National Laboratory, government laboratories in the United States.

Supercomputers have thousands of processors that work together to perform calculations, run experiments and analyse data using artificial intelligence. They are also especially good for conducting research in areas like epidemiology and molecular modeling because the systems mirror the interconnectivity that exists in nature, Director of IBM Research Dario Gil was quoted as saying in the US media.

Earlier last week, researchers released more than 29,000 articles about COVID-19 and related viruses for experts in Artificial Intelligence to draw insights from. It has since been downloaded 18,000 times by researchers, a US government official was quoted as saying.

An early project in COVID-19 research on the IBM's Summit screened 8,000 compounds and identified 77 of them that were most likely to bind to the main "spike" protein in the coronavirus SARS-CoV2 which causes the COVID-19 infection. Spike proteins (the pointy structures seen on images of the coronavirus) are the ones that attach to cells in the human body. Now, further research can focus on how to prevent those 77 compounds from attaching to host cells.

This could lead to potential treatments for deadly infection.