Here’s everything you need to know about the new face-lifted Mercedes Benz S Class. 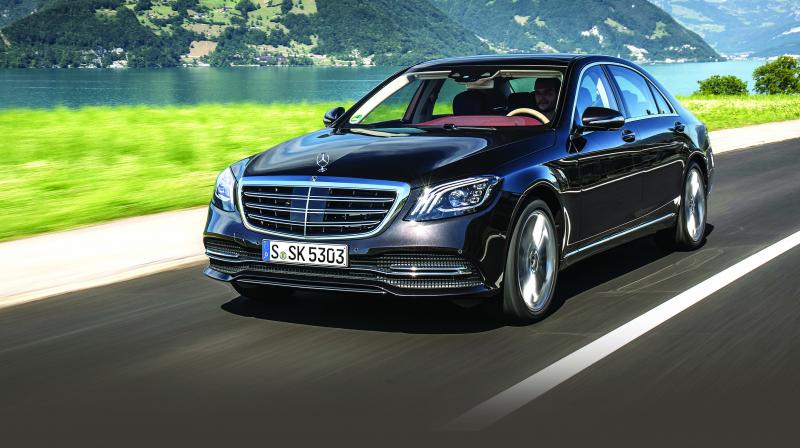 This S Class, with it’s all-new ultra-clean engine and 9-speed automatic gearbox is faster than the last one.

Back in 2014, when this generation of the S Class was launched, we couldn’t believe how much technology Mercedes had managed to pack into a car. But it wasn’t all data-processing and robotics; it’s the way all this technology was neatly tucked away behind thick layers of wood, leather and brushed aluminium that you couldn't really feel any of it working. The result then was something that felt other-worldly. This new face-lifted one we’ve been driving is the same. Only more in every way. Choose your parameter and Mercedes has upped its game.

At a glance, one finds that it's the same basic shape as the earlier one. But look closer and you’ll notice a new grille, a re-worked front bumper and headlights with more detailing than a Faberge egg. Round the back, it’s got slightly re-worked taillights and new exhaust tips. They all add up to give this new S Class some serious road presence. Not your typical yellow Hummer look-at-me kind of road presence, but something much more  sophisticated. 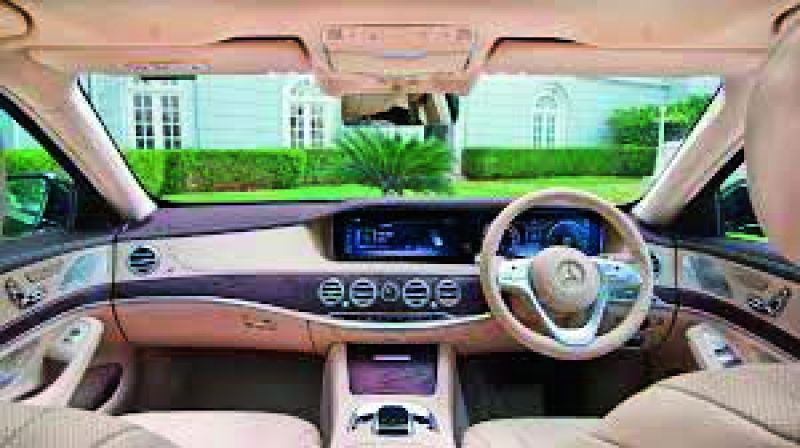 Now we understand that an interior as good as the last one is hard to improve upon. But that didn’t stop Mercedes trying. The first thing you'll notice is the sheer quality of everything. It's almost as if Mercedes engineers did this with their families at gunpoint and unlimited money. That’s how uncompromising it looks and feels.

The new bits include two twelve inch screens that look like one. The one directly in front of the driver displays all the usual stuff like the speed, revs, gear position, driving mode, driving data and the like. The other screen does navigation, media and all the other toys you'll play with when you’re stuck in traffic. What’s also new is the steering wheel. This has many buttons that do many things. We will advise that you take in all their functions before you set off because they can be a little confusing initially. 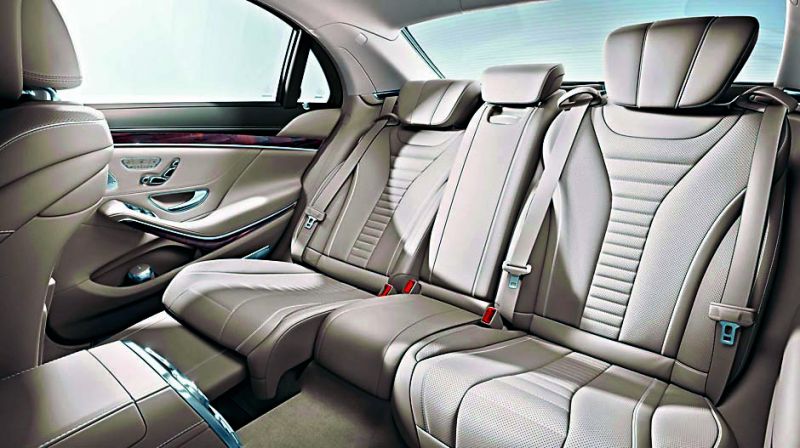 That said, if you intend to actually buy this car, please ignore everything up to here because this is the bit you’ll be most interested in — the rear seats. We said this in 2014 and we'll say it again. Take Business Class. Multiply by 10. You’re getting close. The highlights include heated/cooled massaging seats that move about at the touch of some beautifully tactile buttons. So one second you could be sitting bolt upright, the next you could be lounging like Emanuelle on her day off. You could be doing this while listening to your favourite music being piped through the extraordinary Bumeister stereo that does a spectacular job of naturally reproducing sounds. Or while watching your favourite movie on either of the HD screens in front of you.

But all this is by the by because what’s important is the way all this feels. Try and remember the last time you were absolutely at peace; you’d got that raise you wanted, your kids were doing well at school, you couldn’t recall the last time you had an argument with anyone — all was right with the world. That’s how this car makes you feel. To be more relaxed and satisfied, you’d need to have an big meal with a bottle of great wine and be in a bed in the Presidential Suite of a very good hotel. It also makes you feel like you've arrived in life.

Back to the facts. The car that Mercedes sent round on test was the S350d; or the S Class with a diesel engine. But being an S Class, this is the cleanest diesel engine that money can buy in India. To put that into perspective, in a really polluted city like Delhi or Kanpur, the the air going into this engine is dirtier than the air coming out of its exhausts.

Curiously, this S Class, with it’s all-new ultra-clean engine and 9-speed automatic gearbox is faster than the last one. Why would anybody want a faster S Class? To find out, I jumped (eased myself into, actually) the driver’s seat to see what’s what. The short answer is that it doesn’t feel that fast. While it gathers pace rapidly, it doesn’t really let on that it’s doing it. In a few seconds I found myself doing well over twice the speed limit in the kind of comfort I’ve never experienced before.

Now, being an S Class, it has more safety technology than NASA’s next Mars mission. It can drive pretty much by itself, brake when it senses obstacles and make sure its passengers survive almost any sort of accident. Sadly, owing to legislation in India, most of its autonomous driving aids are not available.

So there we have it. Mercedes Benz has given the S Class the teeth, tech and fortitude to see off it's rivals. Again. This is still very much the best car in the world.