How to make a career in gaming 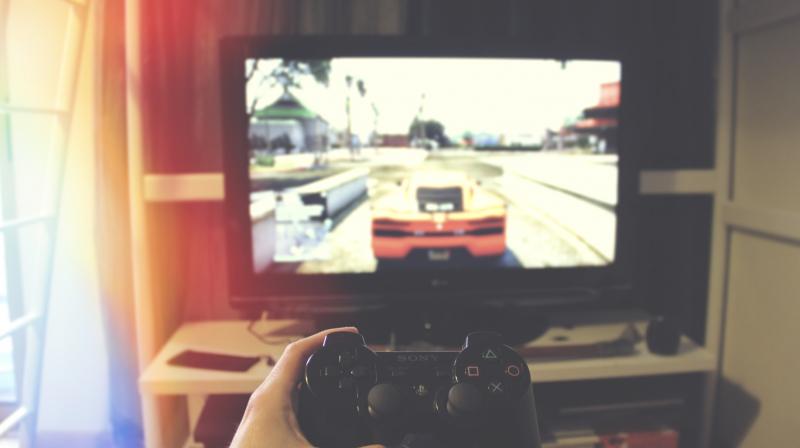 The gaming industry is a huge sector which include not just the development, marketing and monetisation of video games but also the production, distribution and consumption of content generated by video games.

The pinnacle of entertainment is here! With nearly a third of the 7.6 billion world population being avid gamers and even more into gaming, the gaming industry has been redefining entertainment for quite some time. From a hobby to a full time job, the transition in career choices has been evident in the past few years. The brave and bold are turning their passion into profession for quite some time and are being rewarded for their choices. From masterful game designers like Shigeru Miyamoto (creator of Mario) to esports superstars like Danil ‘Dendi’ Ishutin, the possibilities are endless.

The gaming industry is a huge sector which include not just the development, marketing and monetisation of video games but also the production, distribution and consumption of content generated by video games. Video games are a form of entertainment which encompasses PC gaming, mobile gaming and console gaming and is a $115.8 billion industry globally.

This industry can be broadly divided into two verticals, depending on the stage of delivery of said entertainment. On one side, we have the game developers, which comprises of the companies that create the games. On the other side, we have the gamers, who are responsible for taking these games and drawing entertainment via interaction, participation and viewership. There are other non-endemic sectors too which overlap with the gaming industry and often function hand-in-hand with each other.

The process of game development starts in the conceptualisation of a game and ends in the release and publishing of the game. The game goes through maintenance even after it has been released in the form of regular updates and often fresh content is pushed so as to keep gamers interested and engaged for a longer duration of time. The whole process involves multiple roles from designers and programmers to publishers and testers.

Game developers require a lot more technical proficiency, with programming and designing skills being primary. People with a knack for coding already have the necessary knowledge to create their own games. But with sharper skills in programming, a more polished and refined game is produced which is better received by the gamers. Some of the best games in the history of gaming were created by coders who were tinkering with existing code while adding tons of their own. A technical degree over a course of few years often provides a better grasp of the subject. Career options in game development that require creative talents are plenty too. From character and level design to model animation and cinematography, the use of creative talent in the industry is ample. Creative direction is important in every game as it sets the tone to the gamers and is one of the defining factors in a game’s success. The artwork, the animation, the soundtrack, the storytelling; each and every building block matters when it comes to gaming.

The consumer end of gaming comprises of gamers who can be a casual or an enthusiast, an amateur or a professional, a player or a viewer. Gaming can be as simple as picking up your mobile and launching some birds at hostile pigs in a castle, or as complex as dedicating years to learning and mastering a game and competing against other similarly dedicated players globally with millions of dollars at stake.

The skill sets required in pursuing a career as a gamer, are completely different from that of a game developer. To be a gamer, one needs to have good hand to eye coordination, excellent reflexes and a comprehensive knowledge of the game. These skills can be honed through rigorous training and daily practice. A professional gamer spends at least 12 hours of his day practicing and improving his skills.

The term “esports” seem new but the concept isn’t. Esports is the part of gaming that’s competitive, where various genres of games are played competitively against other players, on different platforms. From fighting against your friend at the local arcade with a barrage of virtual punches and kicks to being seated together and connected to 100s of other gamers and being the last person alive in a perilous deserted island. Esports is as old as gaming is. The only difference we see nowadays, is the higher stakes and the dedication gamers put in to reach the top. With prize pools running in the millions and a loyal audience who travel halfway across the globe to watch their teams play, esports has become a global phenomenon with major brands investing heavily in the industry and corporations building stadiums larger than conventional sports stadiums. Professional athletes train their body and mind, regularly to stay at the best of conditions and are supported with the state-of-the-art facilities and a salary for playing their game.

Esports is a rapidly growing industry, valued at $905.6 million globally, which employ gamers, shout casters, analysts, production crew, event organisers and so on. Shout casters are responsible for keeping the audience entertained at all times by describing the game to them. Most shout casters are ex-professional gamers with in-depth knowledge about the game and the capability to do play-by-play commentary. Analysts require a similar skill-set, with a more analytical mind and the capability to break down an event in the game. When we come to esports teams and organisations, we have coaches dedicated to the team who analyse the strengths and weaknesses of the team and help them perform better. These coaches are gamers who have years of experience are their knowledge is levied into morphing the teams strategy towards winning tournaments. Coaches are not restricted to just sharpening the team’s gameplay, but also their physical and mental training. Esports teams are treated no different from traditional sports teams.

Another term people might be unfamiliar with is “video game live streaming”. Streaming is a form of online video broadcast on specialised platforms where you play games and entertain your viewers. A viewer might be engrossed by your playstyle or your witty humour. There can be thousands of players watching you at a point of time and cheering for you. Streaming has become a full-time job for a lot of people with them earning a comfortable six-figure income monthly by just regularly entertaining their viewers. Brands sponsor these streamers to advertise and endorse their products on their stream. Streamers put in a lot of effort into building their community with regular content and engagement. Top streamers are talented entertainers with a keen insight into their community and always deliver as per what the community desires. With top-notch gameplay to method acting, streamers are changing the way we consume gaming content.

Cosplay is an integral part of gaming too. With a whole community devoted to breathing life into their favourite fictitious gaming characters, cosplayers have grown to become an essential part of gaming. Huge cosplay competitions have now become a tradition that go hand-in-hand with esports tournaments. Cosplayers spend days, even months, perfecting their costumes and perfecting their act. Cosplay requires one to be extremely good at crafting their own costumes, and staying in character for hours to add realism to their costumes.

Another aspect of gaming consists of organising events for the gaming community. From esports tournaments to gaming conventions, these events celebrate gaming and the entire community comes together to witness the spectacle. These events, like any other event, require an army of dedicated staff who work tirelessly to make it a huge success. From organisational skills to technical skills, the staff needs to be adept in communication too, to be able to aptly serve the attendees and pull off a successful event.

Non-endemic brands employ gamers for their insight into the gaming industry. The knowledge gained over the years by professional players are often invaluable to companies and their key inputs can make or break a brand. From gaming product development to game testers, from creating market strategies to being the brand ambassador, gamers help these companies integrate themselves with the gaming industry.

The career opportunities are pretty vast in the gaming industry. An essential trait in any gamer must be to find the right balance in a healthy lifestyle and their gaming habits. The gaming industry is booming rapidly with expansion into multiple domains and prospects for talented people have never been higher.