A big boost for gaming graphics

Nvidia’s high-end graphics cards, powered by Turing architecture, are here with the promise to provide a superior gaming experience. 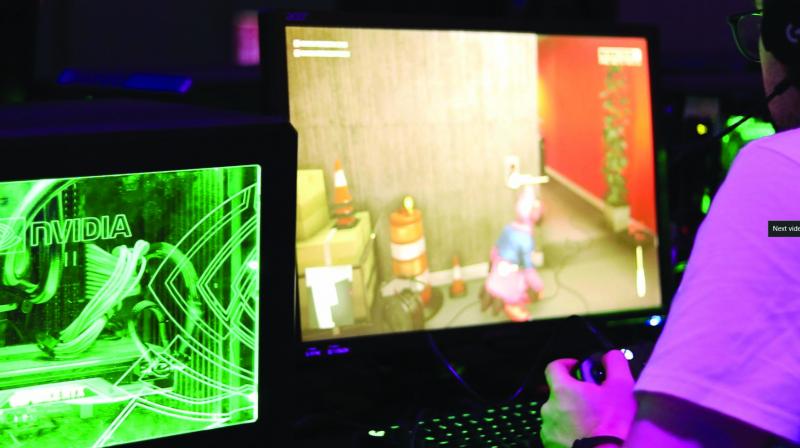 hands-on experience: Hitman 2 was also playable at the event, which looked and felt extremely similar to the previous one

It’s the world’s most anticipated gaming event! Though NVIDIA’s ‘Gamescom 2018’ started off on a technical note, with CEO Jensen Huang talking about the evolution of computer graphics over the last 25 years, since the first GPU (GeForce 256), it set the stage for something remarkable. As many as 2,000 lucky gamers watched on and nearly 300k joined them online as he unveiled the next big thing in gaming — the Turing GPUs.

While usually developers are slow to adopt new technologies, especially with games that have already been in development for a while, NVIDIA’s new RTX platform was supported by big names in the industry with games like Shadow of The Tomb Raider, Battlefield V, Hitman 2, Metro Exodus ll and Assetto Corsa, all featuring RTX powered visuals. All games were playable at the event running on high-end systems powered by RTX 2080Ti GPUs. 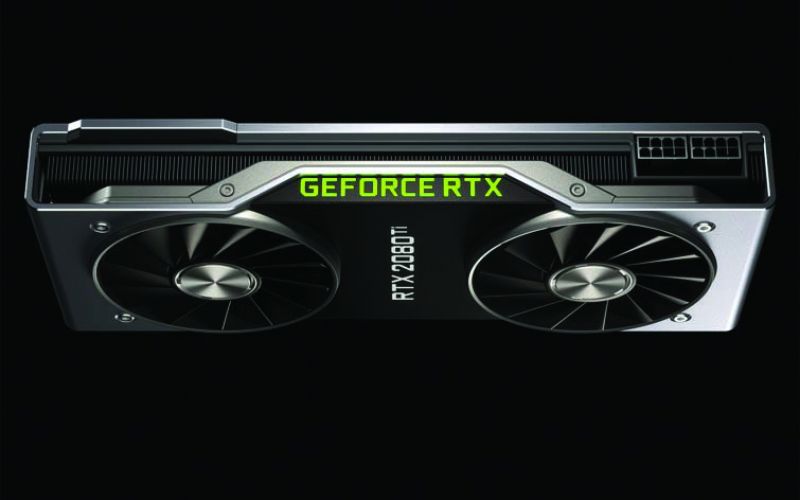 Unlike its previous launches, NVIDIA used the event to launch three new RTX GPUs at quite amazing price points: effectively taking control of most of the gaming market. The three new GPUs — the RTX 2070, 2080 and 2080Ti — start at $499, $699 and $999 respectively. The recently revealed India pricing, as expected, is much higher but given the performance jump and future proofing that comes with the new GPUs, it might be worthwhile with the GX 2070, 2080 and 2080Ti costing Rs 51,000, Rs 62,000 and Rs1.02 lakh respectively.

One major change in design for the new Founders’ Edition cards from NVIDIA’s RTX GPUs is the shift to a dual fan cooling system that runs at almost 1/5 the noise levels of the current GTX 1080ti. This will certainly put a lot of pressure on partners like Zotac, Asus and Gigabyte to really come through with some impressive performance and cooling numbers to keep up these new GPUs. The Founders Edition GPUs are priced at $100-$200 more, though in India I’m hoping to see the trend of lower prices for Founders’ Edition GPUs to continue with Turing.

Overall, the new RTX GPUs definitely have gamers around the world excited, especially with the starting price points! However, what’s truly amazing is the potential this unlocks for game developers. Surely we have just scratched the surface in terms of the current performance boost and what is possible thanks to Turing and Real-Time Ray Tracing, which will hopefully help bring in a new area of realistic game visuals in the coming years.

At Games com, I was lucky enough to get hands-on experience with the brand new RTX 2080Ti GPU from NVIDIA, running some of the hottest upcoming games!

Metro Exodus was by far the most impressive game at the event. There was an RTX toggle, and with the press of a button, you could switch it on and off, drastically changing the lighting and shadows. Although it had a slightly lower performance with RTX enabled, that can be attributed to the fact that the game is still in development and RTX drivers are also being constantly enhanced. Very quickly, you are given a crossbow, which generally results in a one-shot kill. I was extremely impressed by the gunplay, which felt responsive and impactful. The levels were well-made, giving you plenty of opportunities to flank while still funnelling you through a linear route.

I played two demos of Shadow of the Tomb Raider, one with RTX and one without. Although it’s unfair to compare the two since the scene, time of day, the number of objects in the area, etc. were all different, the one with RTX was a lot more vibrant. The RTX demo was limited to platforming and puzzle-solving. I did not take part in any combat encounters. Lara was trying to climb on top of a structure surrounded by traps and my job was to get past all of the puzzles in order to reach the objective. The second demo had a bit of combat and showcased the new stealth mechanics. There were bushes everywhere for you to hide and navigate the level, or you could aim to kill all of the enemies in the area.

Hitman 2 was also playable at the event, which looked and felt extremely similar to the previous one. The core loop of looking for opportunities and thus unlocking hilarious ways of killing your target is still a lot of fun. In the beginning, I took up the disguise of a security official before becoming a doctor and injecting a lethal dose into my target.

All of the games shown at Nvidia GeForce Celebration were in development and as the tech was not ready, they were far from perfect. But I believe in the future of RTX, especially if it can make as big a difference as it did in Metro Exodus. Some of the tech demos like Battlefield V were mindblowing and I look forward to seeing those in games with the upcoming Open Beta!