If you ever have owned any one of Apple’s products, there is a high chance that one or more of these men played a part in them. 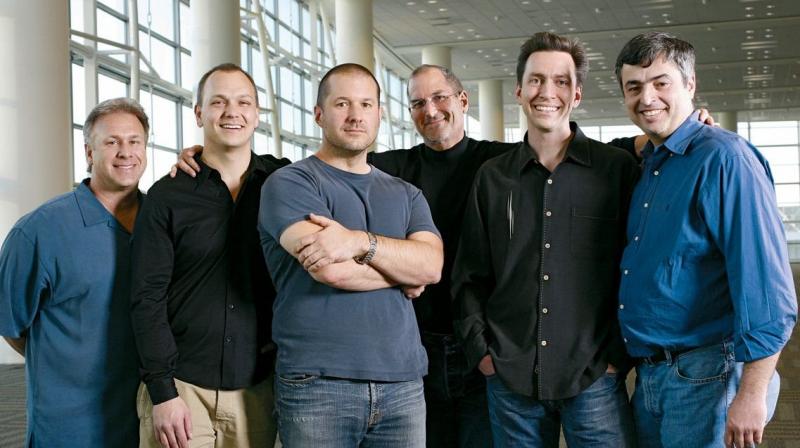 Apple’s leadership has been unparalleled with most of them being around for decades. If you have ever owned an Apple product in the past such as an iPod, Mac, iPhone, iPad or anything else; chances are that one of these people have played a key role in inventing them. These Apple heads were around during the iconic era of Apple history in the year 2007 and they were at the helm of Apple’s biggest hit — the first iPhone.

Apple’s core leadership team has changed quite a bit since 2007 and only two people from the cover image are still present at the company — Phil Schiller and Eddie Cue. With Apple’s long-serving employee, Jony Ive recently departing Apple for pastures anew, we look at some of the people and where they are now.

After botching the debut of Apple Maps, Scott Forstall left Apple in 2013. He was one of the founding members of iOS and also was responsible for building Apple’s software development kit that allowed third-party developers to create apps for the iPhone. He was also responsible for starting the App Store.

Forstall took over iOS and its development after Steve Jobs’ passing in 2011; however, a year later he was embroiled in a massive controversy when Apple switched its default mapping platform for Google Maps to its homegrown Apple Maps. The new version at the time was not fully ready and even said to be dangerous to use. Apple later announced that Forstall would leave the company in 2013.

Now, Forstall is spending his time travelling, advising startups and working on philanthropic endeavours. In 2015, Forstall announced that he was co-producing a Broadway musical which went on to win five Tony Awards. Presently, Forstall is still producing and advising tech startups.

The Senior VP for worldwide marketing is still at Apple and he is present for most product keynotes till this day. Schiller has been with Apple since 1997 and was present during Apple’s renaissance period, a time when Apple witnessed its second growth spurt that doesn’t appear to be slowing down anytime soon.

Schiller has played a key role in marketing products such as the iMac and the now discontinued iTunes. As reported by Business Insider, Schiller played a major role when it came to the iPod. He was the one who suggested for the iconic click-wheel, a feature that’s now synonymous with Apple’s portable music player. The report states that when he presented this idea, Steve Jobs shouted “That’s it!” and had Apple’s engineers start working on the click wheel.

Currently, Schiller has a massive role at Apple’s events including the unveiling of the iPhone where he guides viewers through all its features.

Fadell left Apple in 2008 which he claimed were for personal reasons. As per Business Insider, Fadell joined Apple as a contractor and in the late 1990’s he was trying to start his own electronics company called Fuse. Later on, in 2001, he was hired by Apple to design the iPod and by April, he had been named senior director of the iPod and “special projects.”

In 2006, the iPod was at its peak and Fadell replaced Jon Rubinstein as the senior VP of iPod Division. However, just two short years later, Fadell left Apple for “personal reasons.”

Fadell travelled the world and developed the business plan for Nest Labs, after which he worked at its helm for six years and left in 2016. He has gone on to work on an investment firm called Future Shape which advises engineers and scientists working in technology.

In 1992, Apple offered Ive a consulting contract with Apple and by 1996, he was heading Apple’s design group. He claims that he wasn’t happy with Apple at the time and Steve Jobs wasn’t a part of Apple. At the time, Apple was more focused on maximizing profits than perfecting designs. All this changed when Steve Jobs came back to Apple. The two bonded quickly and they would regularly grab lunch and Jobs would stop by Ive’s design studio at the end of the day.

Both of them would go on to design some of Apple’s most iconic products — iMac, iPod, iPhone, iPad and even Apple’s new campus, Apple Park.

On June 27, 2019, Apple announced that Ive would be leaving the company to start a new company called LoveFrom, and Apple will be a client.

Apple co-founder Steve Jobs passed away on October 5, 2011, and fell victim to a rare form of pancreatic cancer. He was the face of the brand since its early days in the mid-1970s. Jobs was instrumental in building some of Apple’s biggest products and has also been credited as being the company’s greatest salesman.

In 1985, Steve Jobs was ousted from Apple by John Scully, the then CEO and during this period, Jobs went on to form NeXT Computer. Jobs came back to Apple in 1997 when Apple acquired NeXT. Jobs went on to become interim CEO after which the interim was removed from his title.

Over the span of the next 10 years, Jobs and his team created Apple’s most iconic products including the iPhone, iPod, iTunes, MacBook Air and others.

The SVP of internet software and services is still at Apple and he joined the company way back in 1989. Since he joined, Cue has been responsible for creating Apple’s most loved platforms that include but not limited to the App Store, iTunes Store and Apple’s iLife applications. He has also been fundamental in rescuing iCloud, which had been an unpopular service in the beginning. He has also been credited for suggesting Apple build the iPad mini.