Smartphones with solar-powered screens to be a reality soon

Usually solar panels are opaque in nature and hence transparent surfaces could not be used for collecting solar power. 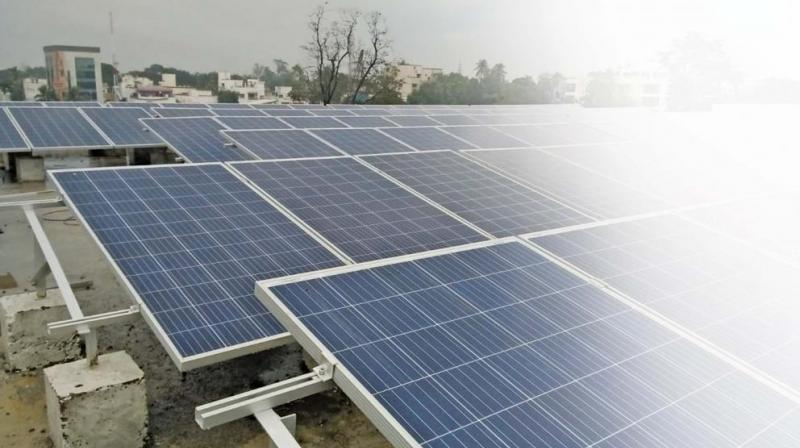 Once implemented, the solar powered screens could change the way we use the unlimited resource. (Photo: File)

After in-display fingerprint sensors and mechanical pop-up cameras, modern smartphones have continued to evolve with advancements in technology and one of the next features that might show up in smartphones in the near future is solar-powered batteries.

Recent research at South Africa’s university of the Free State and Belgium’s Ghent University have developed a glass screen capable of absorbing light into a solar panel. The use of phosphor in the glass screens lets visible light pass but redirects ultraviolet and infrared rays to solar panels which will be mounted on the side of the device.

“It can be implemented in the screens of cell phones, where the sun or the ambient light of a room can be used to power the device without affecting its appearance,” Hendrik Swart, senior professor in the physics department at the University of the Free State, said in a statement Wednesday.

Once implemented, the solar powered screens could change the way we use the unlimited resource. Usually solar panels are opaque in nature and hence transparent surfaces could not be used for collecting solar power.

However implementing the tech on glass would mean we could turn everyday transparent panels into transparent solar panels. The car’s windshield could power the battery, and a building, instead of collecting solar power from the few panels on the roof, could use all the windows on it instead.

A self-charging smartphone is just one of the many possibilities. Lucas Erasmus, who is working with Swart on the research, added that the design “concentrates the light from a large area to the small area on the sides where the solar panels are placed; therefore, reducing the number of solar panels needed and in return, reducing the cost.”

Though the tech is a long way from making its way to the general public’s market, strong research continues to propel it. According to the researchers, we could see the tech live in about a decade.