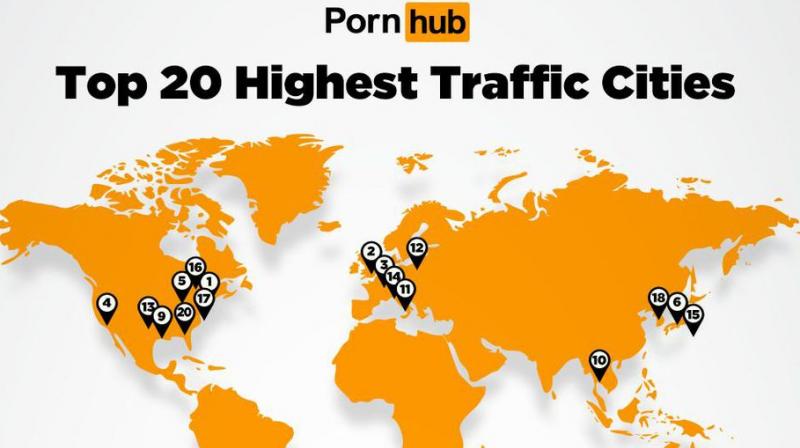 Pornhub’s annual Year in Review provides a close look at the Top 20 countries that visit the site. Many of those countries top the list because their large population is spread over a big geographic area. But what about urban areas where a more dense population lives in close proximity? Forbes asked the website's statisticians to compare the world’s Top 20 porn-loving cities.

Rounding out the Top 5 are Los Angeles and Chicago. The United States has 7 cities in the Top 20, while Australia has 3 and Japan and Italy both have 2. Together, the Top 20 cities make up 16.8 per cent of Pornhub’s daily traffic. 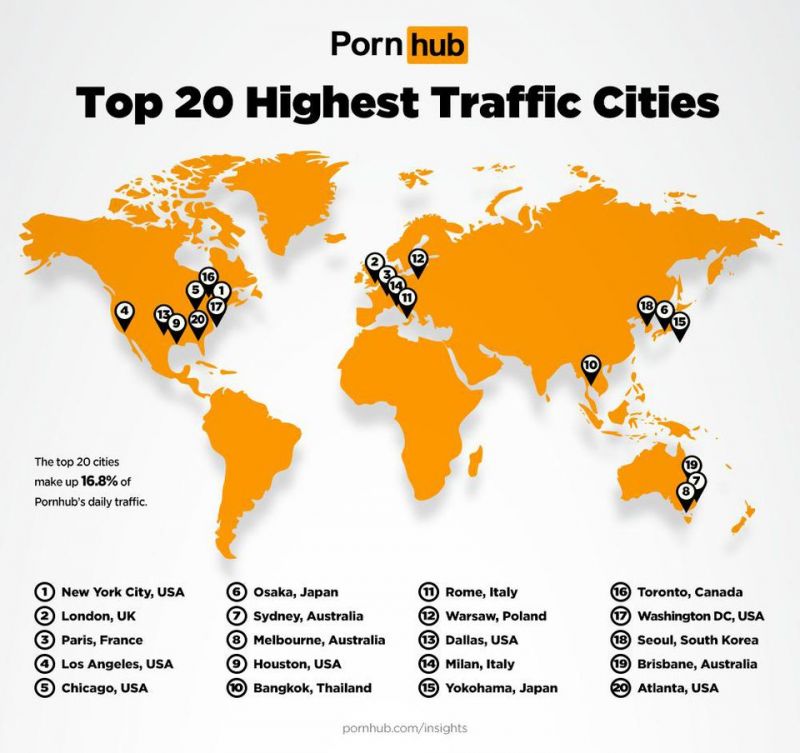 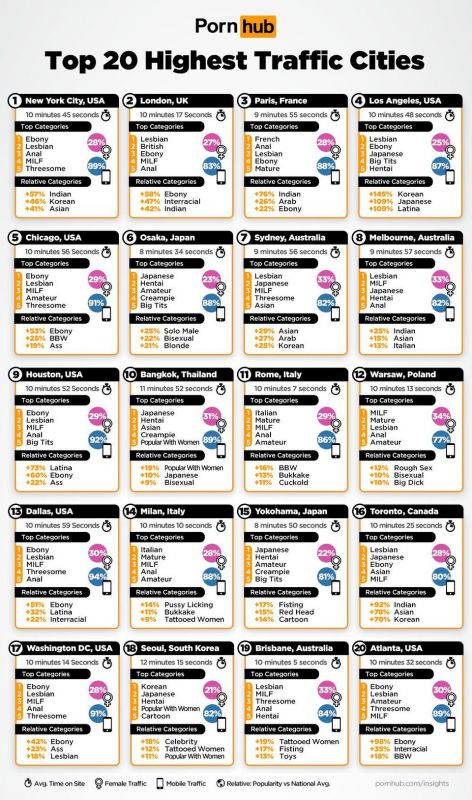