Technology   In Other news  22 Mar 2020  How the coronavirus forced society and economy to adapt: Five ways we may have changed forever
Technology, In Other news

How the coronavirus forced society and economy to adapt: Five ways we may have changed forever

Pushed into isolation, the public have become private, adopting technology to drive economic and social activity 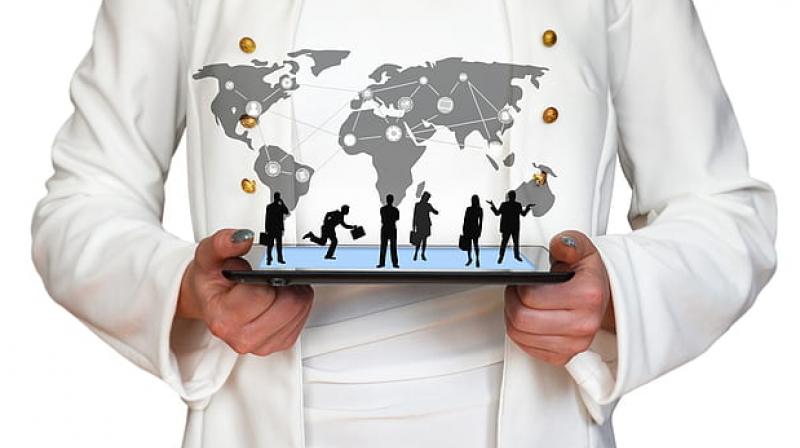 People are relying heavily on businesses that are helping them adapt to the restrictions brought about by the coronavirus pandemic.

Hong Kong: We’ve already got a taste of coronavirus-necessitated isolation from the hours spent on social media where we saw the world pass by from the other side of a screen. And now, as hundreds of millions of people go online for everything from work to entertainment, how we interact with the world has changed from the public and physical to the private and virtual.

This could lead to long-term shifts in the economy as people are relying heavily on businesses that are helping them to adapt. As the coronavirus sent stock markets into freefall and industries to the wall, firms enabling more private, online and tech-based living are emerging as potential winners.

“I think certain aspects of work and organising will change for good through the current situation,” said Sally Maitlis, a professor of organisational behaviour at Oxford University’s Said Business School.

“People will discover that they can work and communicate in ways they previously didn’t think possible, and will be forced to become more nimble with tech through having no choice to do otherwise.”

Here are comparisons of several sectors that are thriving and failing in the pandemic:

Large online retailers have seen a surge in orders as self-isolating or home-working consumers turn to their massive distribution and delivery networks to provide daily essentials.

Shares in US retail giants Walmart and Amazon both tumbled as markets crashed around the world on March 16. But during the week, Walmart rose as much as 25 percent from its nine-month low on Monday. Amazon also recovered.

“We are seeing increased online shopping and as a result some products such as household staples and medical supplies are out of stock,” Amazon said.

“These are already very difficult times for all small businesses right across the country. There are huge concerns over supply chains while on top of this, footfall continues to drop. The prospect for these businesses over the coming weeks is increasingly bleak.”

Demand for movies to watch at home has soared so much that Netflix and YouTube are reducing the quality of their streaming in Europe—which has become the epicentre of the virus—to ease pressure on the internet.

Traditional cinema chains, however, are facing an unprecedented drop in demand.

Some have temporarily closed their doors to help contain the virus’s spread.

US-listed shares in Cinemark and AMC Entertainment were both down around 60 percent on Friday from their respective highs in January and February.

As many gyms close their doors, fitness-lovers are turning to online classes and home workouts.

At one stage Peloton’s share price was up more than 50 percent from Monday’s intra-day low.

With more and more people working from home to limit the virus’s spread, demand for technology that enables online group meetings, chats and collaborations has spiked.

“There is such excitement around remote work that brands like Zoom have seen their stock value climb up,” Creative Strategies analyst Carolina Milanesi said, referring to the teleconferencing app.

At the same time, real world gatherings from sporting events to business conferences, have been postponed or cancelled, with a large question mark still lingering over the fate of this summer’s Olympic Games in Japan.

The airline sector has been hit hard by quarantine rules and border closures, with UK airline Flybe crashing into bankruptcy and experts predicting others will follow.

The International Air Transport Association said Thursday that up to $200 billion is needed to rescue the global industry.

US airlines have sought more than $50 billion in government assistance in recent days, with one top US official saying the outbreak poses a bigger threat to the commercial industry than the September 11 attacks.