As per The Verge, the new devices have a larger 6.8-inch E ink display 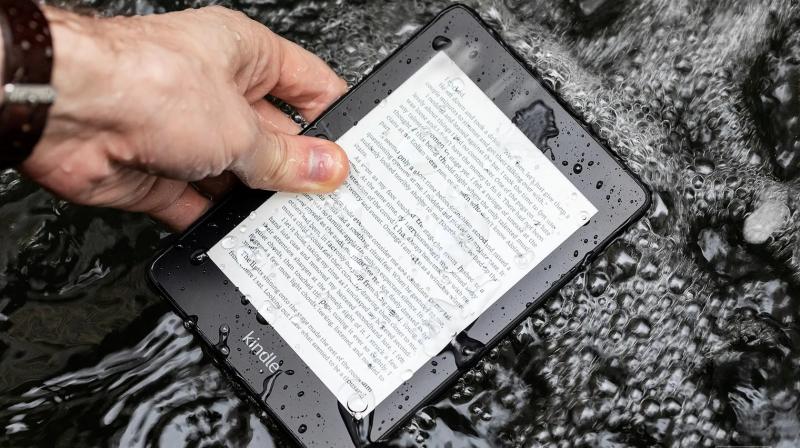 Washington: After nearly two years of releasing its Kindle Paperwhite, Amazon has recently leaked a new generation of Kindle devices with a larger 6.8-inch display.

As per The Verge, the new devices have a larger 6.8-inch E ink display compared to the current 6-inch Paperwhite that was launched in 2018.
Reportedly, the more expensive model has the new wireless charging, alongside more storage and lights that adjust based on the brightness of the environment.

The basic Kindle Paperwhite includes 8GB of storage, while the Signature Edition has 32GB, the same as the two storage options available for the current Paperwhite. The 300ppi resolution is also unchanged.

According to The Verge, the amount of LEDs for the device's front-light has increased from five with the already existing model of the Paperwhite to 17, and their colour temperature should also be adjustable like the current Kindle Oasis. The screens on both devices will be flush with the bezel, and they also have an IPX8 waterproof rating, the same as the current Paperwhite. Wi-Fi connectivity is included, but there is still no mention of cellular models.

While it has been leaked that the new Kindle Paperwhites have inherited some features from the Oasis, there are still some new features to be revealed for Amazon's premium e-reader. These include its easy-to-grip design, auto-rotating page orientation, and physical page-turn buttons.

There is no mention of which USB connector type the new Kindles will use, so according to The Verge, it is still unclear if Amazon finally intends to upgrade them to USB-C after having stuck with Micro USB for an embarrassingly long time. Amazon's premium Kindle Oasis also continues to use an outdated USB connector.

The news of the two models follows the arrival of a new Kindle interface last week, which was released as an update for basically every Kindle produced since 2015.

Reportedly, the new layout adds a navigation bar that makes it easier to jump between the device's Home screen, library, and in-progress book. Presumably, this new interface will come preloaded on the new Kindles upon release.

The release date of the new device is still under the wraps, but it's speculated to be unveiled at the fall hardware event at the end of September.