Google said it is setting up an artificial intelligence research unit at Bengaluru as it looks to continue developing products for India. 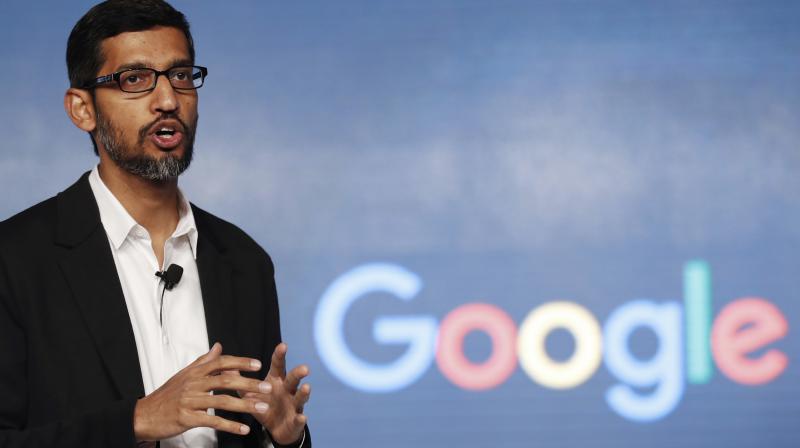 Apart from the Google team led by AI scientist Manish Gupta, the company will also partner with the research community across the country to focus on tackling challenges in fields like healthcare, agriculture, and education (Photo: AP)

Google on Thursday said it is setting up an artificial intelligence research unit at Bengaluru as the tech giant looks to continue developing products for India and taking them to global markets.

Apart from the Google team led by AI scientist Manish Gupta, the company will also partner with the research community across the country to focus on tackling challenges in fields like healthcare, agriculture, and education.

"We are incredibly inspired by India. With a world-class engineering talent, strong computer science programs and entrepreneurial drive, India has the potential to contribute to advancements in AI and its application to tackle big challenges," Google Vice President Next Billion Users and Payments Caeser Sengupta said.

He added that the company is rolling out new products and adding features to existing ones to help even the first-time internet users.

"Future is not about just tech but about inclusion, empowerment and economic opportunity. India inspires us," Sengupta said at Google for India event.

IT Minister Ravi Shankar Prasad, who was also present at the event, said tech platforms like Google must ensure that their products are safe and secure for users.

"They must safeguard the privacy rights of individuals. Also, you must take extra efforts to ensure that people don't abuse the system," he added.

Sengupta said under its Internet Saathi programme with Tata Trusts, about 80,000 'Saathis' have been trained, who in turn have trained 30 million women.

Sengupta said in the last 12 months, Google Pay has grown more than three times to 67 million monthly active users, driving transactions worth over USD 110 billion on an annualised basis across offline and online merchants.

About two-thirds of the transactions are coming from tier-II and -III cities and towns.

Google Pay, which competes with players like Paytm and PhonePe, is introducing the 'Spot' platform that will enable merchants to create branded commercial experiences and reach new customers.

Besides, Google Pay is rolling out 'tokenized cards' in the next few weeks to offer a secure way of paying for things using a digital token on the phone rather than the actual card number.

Tokenized cards on Google Pay - already available in some countries globally - will be rolled out with Visa cards for banks including HDFC, Axis, Kotak and Standard Chartered.

"We will roll out support to cover Mastercard and Rupay and more banks in the coming months," Sengupta said.

He added that Google Pay is also deepening the support for small businesses through a new app called 'Google Pay for Business'.

This is a free app for small and medium-sized merchants to enable digital payments where verification process is carried out remotely.

Despite the massive growth in digital payments, a vast majority of India's over 60 million small businesses is still not benefiting from the growing digital economy, Sengupta said.

"We hope these initiatives will help merchants adopt digital payments with more confidence and help contribute to the long term growth of online financial services," he added.

Google has also launched 'Jobs' as a 'Spot' on Google Pay to help job seekers find and prepare for entry-level positions.

"Since a number of small merchants is present on Google Pay, it provides an easy mechanism to connect with potential employees. Machine learning is used to recommend jobs and training content to help job seekers prepare for interviews and learn new skills," Sengupta said.

Google is also introducing Job Spot with 24 early partners in retail like 24Seven and Healthkart, delivery and logistics partners like Swiggy, Zomato and Dunzo and hospitality providers like Fabhotels.

Besides, it is partnering with the National Skills Development Corporation for its Skill India programme.

Google said it is partnering state-run BSNL to bring high-speed public WiFi to villages in Gujarat, Bihar and Maharashtra. It had previously worked with Railtel to provide WiFi services at 400 train stations in the country.

It also announced its collaboration with Vodafone Idea for 'Vodafone-Idea Phone Line' to enable 2G customers of the telecom major get access to information without using data. The users can call a toll-free number to get answers to questions ranging from sports scores to traffic conditions or even getting help with homework.

The service, supported by Google Assistant, will be available in Hindi and English.