The women complained that after sleeping with her he left in the morning. 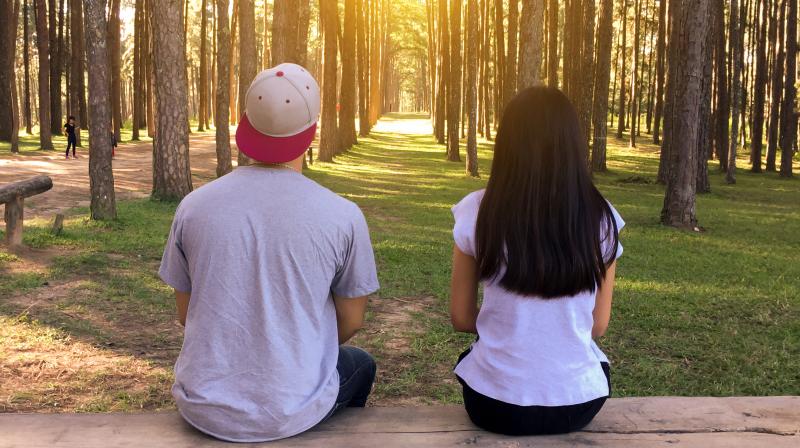 Tinder hook-up sends man to jail for refusing to marry.

Tinder! The stories we hear about you get better and better with every passing day. In the latest Tinder related news, a man from Bengaluru has been jailed as he refused to marry the woman he had a one-night stand with. The unnamed man swiped right on a match with a woman from Bengaluru and it could easily be one of the worst Tinder dates of his life.

For some people, getting a match on Tinder involves chatting, going on a date and maybe having sex. However, for the woman he matched with, this wasn’t the case and she wanted a lifelong commitment while all he cared about was getting into her pants. So, after the one-night stand, having refused to marry her, the man started ghosting her. This obviously did not sit well with her and had the guy jailed.

As per a report by Vice, 29-year old Rama Reddy matched with a woman he worked with at a private tech firm. All was going well for the pair as they began exchanging texts and continued their online romance for about a month before eventually getting into bed. However, right after the intercourse, the lady asked Reddy to marry her and in turn, he promptly turned her down by stating that he “wasn’t ready for a commitment.” And when she continued to pursue him, he then blocked her on WhatsApp.

Things quickly went south from there and the woman filed a police complaint against Reddy. She alleged that she had felt forced to have intercourse with him and he misled her into thinking he wanted a more meaningful relationship than merely getting into her pants. And as Vice puts it, “having sex with someone by promising to marry them after is considered rape in India, the man was thrown into jail immediately after.”

The woman told the Bangalore Mirror, “It was literally the morning after the night that he was breaking up with me. I felt so disgusted that I'd been used.” Explaining how the accused pretended to be nice initially but did not want anything more than sex, the woman went on to say, “These type of incidents should not be repeated with other people using dating apps. Women should not be used as a source of physical pleasure.”

Dating apps are essentially meant to meet your significant other; however, there are all types of people out there which cause them not to be trusted. And though this case may border around a morality issue of feeling the need to marry, there are a lot of people using it for casual hook-ups. As of now, the charges against Reddy are unclear, Tinder, time and time again have faced flack for allowing sexual predators on its platform. And Vice ends it aptly by stating, “So even if you’re swiping right to find your Mr Right, it’s important to not only acknowledge the dangers of dating apps but also accept that not everyone you hook up with is necessarily going to stick around for pillow talk.”