Technology   In Other news  21 Jun 2017  As iPhone 8 looms, firms scramble to lock up memory chip supply
Technology, In Other news 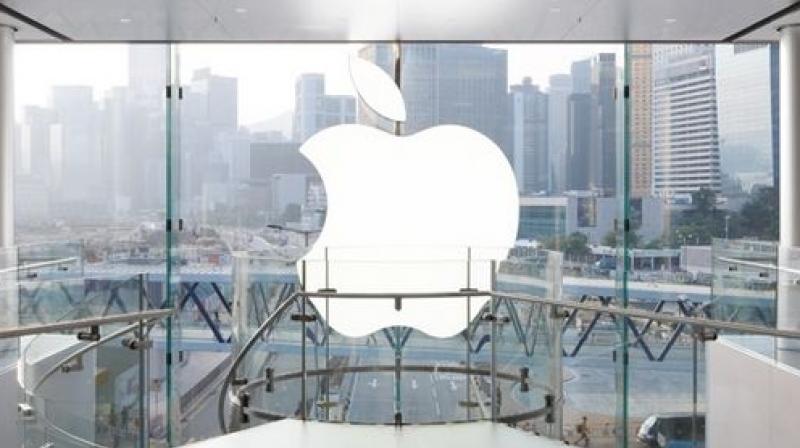 Global electronics makers are scrambling to stock up on memory chips to keep production lines running as Apple new iPhone 8 launch later this year threatens to worsen a global squeeze on supply.

While heavyweights such as Apple and Samsung - which is also the world's top memory chip maker - will not be seriously hit, industry sources and analysts say some electronics makers are paying a premium to lock into longer-term contracts.

Others are placing orders earlier than before to ensure their perilously low inventories do no dry up completely.

"After the supply shortages emerged we brought forward our procurement decisions ... to ensure a stable supply," smartphone and personal computer maker LG Electronics said in a statement, adding it had pushed up quarterly purchase decisions by about a month.

Chip manufacturing technologies are growing increasingly complex, raising investment costs yet providing less output growth as some suppliers struggle to improve yields. This has caused some chip prices to double or triple from a year earlier.

Some analysts say device makers could be forced to cut down on the amount of DRAM chips, which help devices perform multiple tasks at once, or NAND chips that are used for long-term data storage, on new products if the cannot get enough chips.

A chip supplier source told Reuters a handful of clients have moved to 6-month supply agreements, accepting higher prices than the customary quarterly or monthly deals, to make sure they get enough memory chips for their products.

"The problem will be more acute for the NAND market, where the iPhone remains a critical source of demand given the huge sales volumes and recent moves to increase storage capacity on the device," said the source, who declined to be identified as he was not authorized to speak publicly on the matter.

Signs of stress have already emerged: Huawei was criticized by consumers after it was discovered the Chinese firm used a mix of less advanced and powerful chips in its flagship P10 model that led to significant variations in performance.

Huawei did not respond to requests for comment on its memory procurement plans.

About 18 percent of the global annual supply of NAND chips is bought by Apple, analysts say. In recent years, electronics makers have typically built up inventory during the first half to avoid being squeezed by Apple, which generally unveils its latest iPhone model in September.

But the shortage of chips in the first half of the year has left many scrambling.

Should the US giant opt to push out more iPhones than usual or further increase the portion of high-storage models, that could further squeeze out other companies. Some analysts estimate Apple could ship as many as 100 million new iPhone 8s this year, compared with the 82.3 million iPhone 7s that Cowen & Co. estimates for 2016.

"For the iPhone 8 launch there have been specific references to this by customers and distributors as a reason for longer delivery times and shortages," said Tobey Gonnerman, executive vice president at US-based component distributor Fusion Worldwide.

Apple declined to comment on its memory chip purchasing plans.

NO RELIEF IN SIGHT

Chipmakers have been allocating more capital in recent years to boost production of NAND chips, where the shortage has been acute due to strong demand for high-end data storage products. Samsung Electronics will start NAND production at a $14 billion South Korea plant in the second half, while SK Hynix will start making its new high-end NAND products in coming months.

But analysts say meaningful new supply is unlikely to materialize until 2018.

SK Hynix told Reuters in a statement it has been meeting delivery dates but acknowledged supply conditions were tight, noting its inventory levels were at an all-time low and unlikely to increase in the near-term given continued demand.

Samsung declined to comment on chip procurement for its electronic devices or inventory levels for its memory business.

Smartphone makers in China are also locked in an arms race to provide the most memory, which could further exacerbate the squeeze as they seek to counter the iPhone.

Some investors and analysts have voiced concerns about potential "de-speccing," where product makers cut back on memory to cope with the shortages or margin pressures. IHS analyst Walter Coon said some firms were starting to prepare to offer products with lower memory content if market conditions remain tight.

But analysts also say manufacturers will be loath to cut back on memory as such a move would be deeply unpopular, saying the firms are more likely to just not upgrade memory on new models.