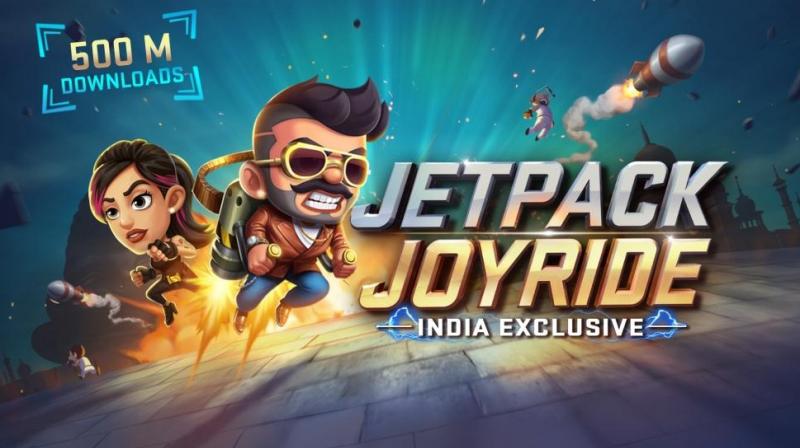 Bangalore-based Mech Mocha the Indian version of Jetpack Joyride, originally created by Australian developer Halfbrick Studios. Known for culturalising narratives, developing and publishing India-centric games, Mech Mocha claims to be the first publisher in India to do such a deep culturalisation of a global hit for the Indian market.

Mech Mocha bagged the Indian rights of Jetpack Joyride in 2017 post raising a Series A round of $5 Million. The Indian version is titled “Jetpack Joyride: India Exclusive”. It will replace the currently available international version of all popular Indian app stores.

The game now stars a new avatar of Barry Steakfries - BarryKanth. BarryKanth is the Billionaire-Playboy-Genius who's got brilliant intellect and the urge to create a range of awesome jetpacks and gadgets to take out his arch enemies. He's got the charisma, the brains and the girl (well, almost!).

In addition to Indianised characters including scientists and vehicles, the game features a different backstory and has implemented level-based gameplay, along with the classic endless running mode re-imagined as "Challenges". Players can enjoy 100+ levels across India along with daily and weekly challenges where players can win virtual rewards as well as real prizes.

The game features a variety of Jetpacks including Lassi Power Jetpack which gives Barrykanth access to sweet sweet lassi 24x7, the ISRO Rocket Jetpack which will put him on the moon someday and the Dhamaka Jetpack which is partly responsible for all of Barrykanth’s explosive and dramatic entrances. Barrykanth disguises as the not-so-suspicious Doodhwala and the partyholic Beach Bum for various missions in the game to ultimately beat the villains.

Mech Mocha has also partnered with popular Indian YouTube influencers including Tanmay Bhat, Biswa Kalyan Rath and Zakir Khan who have a combined followership of over 15 million among Indian youth. These YouTube influencers are featured as the key villains in the game that spans across three different worlds pan India. Each of them explores a story arch of their enmity with Barrykanth starting right from their childhood to the present day. The rivalry unravels as one of them kidnaps BarryKanth and takes him hostage. Players get to fight these celebrities in Boss fights. These comedians will create content around the game, which will be more appealing to the millennials.

For the first few weeks of launch, Mech Mocha has a wide range of special events in the game using the “Challenges” mode that is focused on engaging players. To capture this summer's cricket fever, events themed around IPL (Indian Premier League) are all set to excite cricket fans who take quick breaks in between the matches.