Technology   In Other news  20 Sep 2020  Paytm accuses Google of following double standards on cashback policy, abusing its power
Technology, In Other news

Paytm said it was “arm-twisted” to comply with biased Play Store policies “that are meant to artificially create Google’s market dominance”. 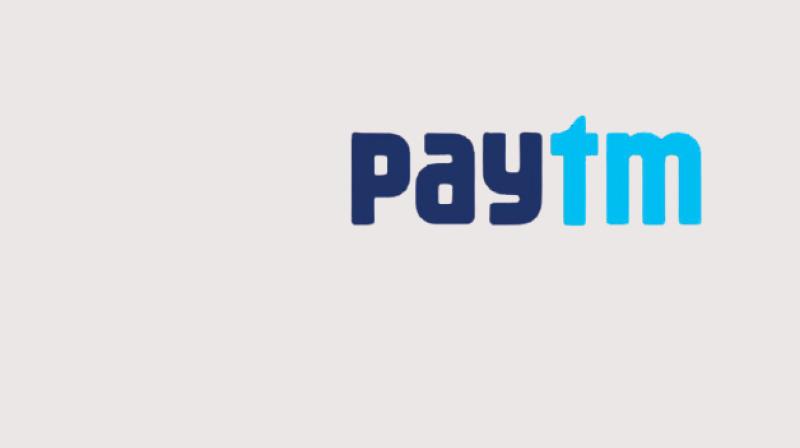 Google Pay has started its own Tez Shots Campaign which says, “Score Runs to earn assured rewards worth up to Rs 1 lakh”. Yet Play Store policies that got Paytm temporarily removed did not apply to Google Pay, the home-grown digital financial services firm alleged.

New Delhi: Global internet giant Google’s Play store rules forced Paytm to roll back a UPI cashback campaign which is legal in India, digital payments company Paytm claimed on Sunday. The company in a blog alleged that it was arm-twisted to take down its campaign while Google Pay has been running similar cricket-based promotions.

Google had blocked Paytm on its Play store following a policy update on September 18, ahead of the IPL cricket tournament, to disallow apps that support any unregulated gambling but restored the mobile app after a few hours after it rolled back the campaign.

The homegrown financial services firm Paytm said that it was forced to comply with Google’s mandate to remove the UPI cashback and scratch cards campaign to get re-listed on the Android Play Store.

“Offering both is legal in India, and cashback was being given following all rules and regulations set by the government,” Paytm said.

The digital payments firm alleged that it was “arm-twisted” by the search engine major to comply with its biased app Play Store policies “that are meant to artificially create Google’s market dominance.”

Paytm in the blog said that Google Pay has started its Tez Shots Campaign which clearly says, “Score Runs to earn assured rewards worth up to Rs 1 lakh” at the beginning of this cricket season itself.

No immediate comments were forthcoming from Google on the subject.

Paytm in its blog said in the Tez Shots game a user can play as many times as they want and earn vouchers that they can unlock at each milestone.

Finally, they qualify for a lucky draw through which they get assured tickets up to Rs 1 lakh with any qualifying payment. For different scores starting from 50 to all the way to 1000 plus they also earn rewards and discounts on different services that they avail via the Google Pay app, Paytm said in the blog.

“Presumably, such cashback campaigns of Google Pay are not in breach of play store policies, or maybe they are, but a different set of rules apply to Google’s own apps,” the digital payments firm said.

Paytm said that it launched a campaign on September 11 where users could collect cricket stickers and scratch cards to earn UPI cashback.

The offer was applicable on recharges, utility payments, UPI money transfers, and adding money to wallet and on September 18 at 11:30 AM, the company received the first email from Google Play Support informing that the Paytm Android app had been delisted.

Vijay Shekhar Sharma-run digital payments firm alleged that it was not given any opportunity to respond to their concerns or put forth views.

“We maintain that our promotional campaign was within guidelines, and there was no violation. It was also not related to gambling in any manner whatsoever,” Paytm added its blog.

Paytm said the Google Play Support team had written to them on three occasions—on August 20, August 28 and on September 1, with some concerns on a separate matter of Paytm First Games’ promotion through the Paytm app for some alleged previous “policy violations”.

“While we strenuously disagreed with the allegation that we are breaching the policy (and we disagree with the policy itself too), we immediately complied with the diktat that barred us from promoting our gaming subsidiary,” it stated in the blog.

Paytm First Games can conveniently do a paid promotion on Google-owned YouTube but it is not allowed to do the same advertisement on the Paytm app as per Google Policy, Paytm stated.

“We have been prompt and responsible in solving Google’s concerns and comply with their directions. Google’s recent action on the delisting of the Paytm app because of a UPI cashback campaign is unjustified. We reiterate that our cashback campaign was within guidelines, and there was no violation,” Paytm said.

It added that as a country India should not beholden to such tech giants.