The launch marks Redmi's foray into a market dominated by Parent company Xiaomi. 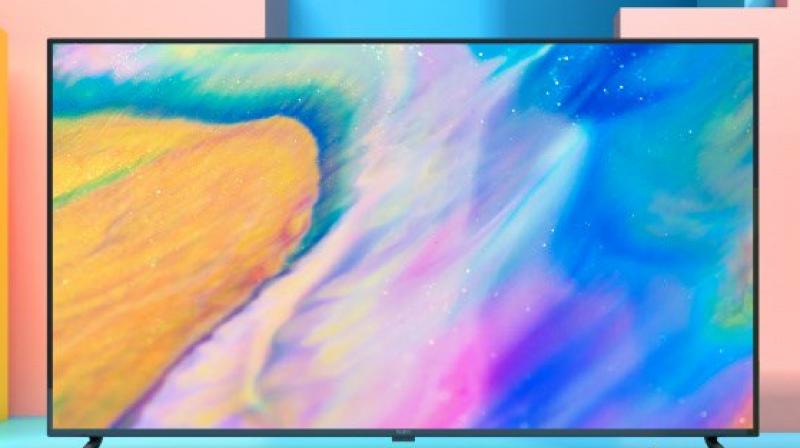 The image of the TV shared by the company

Chinese Smartphone brand Redmi is all set to follow its parent company Xiaomi’s very successful footsteps into the Smart TV market. Its very first Smart TV is set to launch on the 29th of this month along with the Note 8 model at an event in China.

The announcement was first made by the brand’s General Manager Lu Weibing through a post on Chinese social networking website, Weibo.  Initial posts revealed that the model is set to be a 70-inch Smart TV which would support Android OS Patchwall.  A 4K TV with HDR 10, it would also support Dolby + DTS audio and Bluetooth Voice Remote.

Assigned the model number L70M5, it has reportedly been manufactured by TPV technology (Xiamen) Company Ltd.  on behalf of Redmi. It will be launching after having undergone 3C certification in China.

According to news portal Gizmochina, the company has also shared an image of the upcoming product. The design of the Redmi TV seems to be quite simple with thin bezels surrounding the display. A little rectangle box below the “Redmi” branding could be housing the camera sensor, Gizmochina wrote. Yesterday, Weibing had said that the Redmi TV will not only be smart but will also be big. It remains to be seen what exactly he is hinting at.

While there were also speculations that a 40-inch model shall also be launched, there has been no confirmation of that so far, it is expected that it would retail cheaper than the 70-inch TV. Xiaomi currently dominates the Smart TV market, with its cheapest model being available for a mere Rs 12,499. Redmi has usually priced its products lower than Xiaomi, thus this might become a game changer in the market. The exact price of the TV will only become known on the 29th of August.

Tesla Solar Roof may soon be available outside US