Technology   In Other news  20 Jun 2019  Electric planes start small as industry wrestles with emissions
Technology, In Other news

Israeli startup Eviation has wheeled out Alice, a battery-powered nine-seater due for its maiden flight later this year. 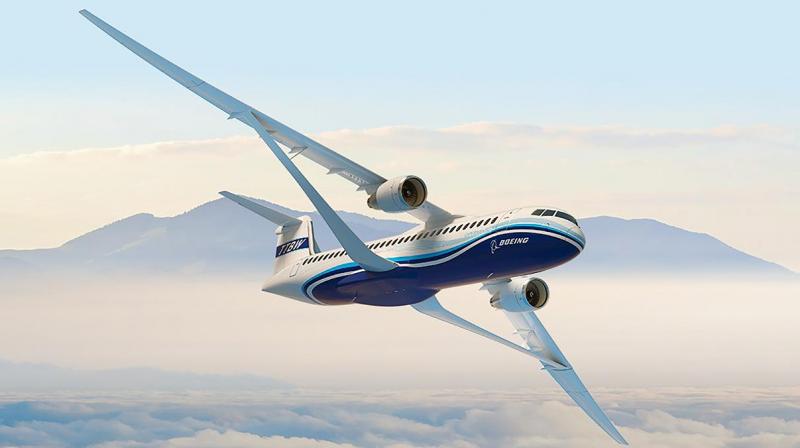 An all-electric commuter plane and a small Airbus-backed hybrid are among aircraft programmes being touted at the Paris Airshow, as the industry tries to convince a sceptical public it can deliver on a pledge to halve carbon emissions by 2050.

Israeli startup Eviation has wheeled out Alice, a battery-powered nine-seater due for its maiden flight later this year, while Airbus and suppliers Safran and Daher are showing a scale model of their planned EcoPulse, a similarly sized short-hopper that packs a fuel tank as well as batteries.

Unlike cars, however, electric planes must heft their power packs aloft - a reality that limits them to small aircraft on the shortest routes, as even their proponents concede.

“The impact of battery weight is an order of magnitude more severe for us,” said Stephane Cueille, Safran’s head of research, technology and innovation.

The EcoPulse’s engine drives a central propeller and a generator to recharge its batteries and power additional electric props spread along the wingspan, delivering 20-40 per cent fuel savings on trips up to several hundred kilometres.

Whereas the French plane is still on the drawing board, Alice’s smooth contours can be seen on the tarmac at Le Bourget, north of Paris. Eviation is aiming for a first test-flight later this year and US certification by 2022.

On a single charge, Alice can fly 650 miles (1,046 kilometres) at 10,000 feet with a cruising speed of 276 miles per hour. Cape Air, a Massachusetts-based regional carrier, has taken an option to add a double-digit number of the USD 4 million planes to its fleet, Eviation disclosed at the show.

The aircraft, with a flattened profile and propellers at its wing tips, was designed as an electric plane from the ground up, said Omer Bar-Yohay, Eviation’s founder and CEO.

“It’s basically a huge battery with some plane painted on it,” he told reporters.

Among signs of growing interest from traditional players, engine maker Rolls-Royce said on Tuesday it had bought the electric aerospace division of Germany’s Siemens - which is also one of the suppliers of motors to Alice.

Engineers see a bigger future for hybrids, which can combine lighter, downsized jet engines with an electric boost during take-off and climb, for a 30 per cent fuel saving. The additional thrusters or e-propellers also help stability, allowing a more streamlined airframe to reduce drag and consumption further.

“Then you’re starting to get to the kind of economics and sustainability that’s closer to a bus than it is to aviation historically,” United Technologies Chief Technology Officer Paul Eremenko said during a panel discussion.

UBS predicts demand for USD 178 billion in green aviation technologies by 2040 as they become more mainstream.

“The consumer is probably going to demand an acceleration in this space,” said Celine Fornaro, the Swiss bank’s head of industrials research. “It’s starting to be more present in everyone’s conscience.”

Airbus is also looking at hybrid-electric technology for future passenger aircraft generations, but few would bet on its readiness to power the 200-seaters expected to replace the workhorse A320 jet family in the 2030s.

Carbon emissions from commercial aviation account for about 2.5 per cent of the global total but are set to expand in step with emerging middle classes, especially in Asia.

To counter their impact, the industry is introducing the CORSIA programme, which requires airlines to fund cuts to atmospheric carbon dioxide elsewhere, offsetting their emissions growth while awaiting hybrid planes and alternative fuels.

Reconciling airlines’ growth ambitions with their promised 50 per cent carbon emissions cut from 2005 levels will be no easy task.

But aerospace leaders are adamant that the answer cannot be fewer flights.

“We’ve got to make aviation grow and be sustainable,” Rolls-Royce CTO Paul Stein said during the same panel. “Those who propose travelling less are heading for a darker place.”

Brussels-based lobby group Airlines for Europe said “taxing aviation is not a solution”, in a statement ahead of the EU ministerial meetings starting on Thursday in the Netherlands.

But campaigners like Greenpeace transport specialist Sarah Fayolle say taxation and other regulation is warranted by the urgent need to slash emissions.

“We’re facing a climate emergency that cannot wait for uncertain technological solutions that are decades away,” she said.