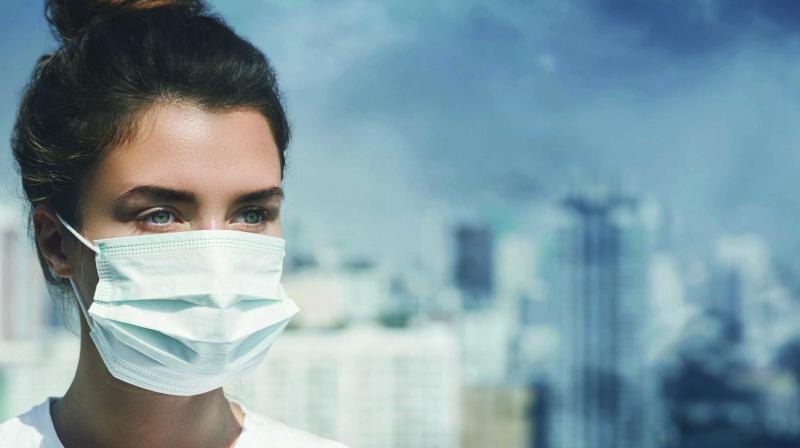 Air pollution can cause cardiovascular, cerebrovascular and respiratory diseases.

London: Scientists have developed a new artificial intelligence (AI) system which they say can predict air pollution levels hours in advance. The technology is novel for a number of reasons, one being that it has the potential to provide new insight into the environmental factors that have significant impacts on air pollution levels, said researchers at Loughborough University in the UK.

The project focuses on using AI to predict PM2.5—particulate matter of less than 2.5 microns in diameter—that is often characterised as reduced visibility in cities and hazy-looking air when levels are high.

Particulate matter is a type of air pollutant and it is the pollutant with the strongest evidence for public health concern. This is because the particles are so small they can easily get into the lungs and then the bloodstream, resulting in cardiovascular, cerebrovascular and respiratory impacts, the researchers said.

There are systems that already exist that can predict PM2.5 but the new research looks to take the technology to the next level, said Yuanlin Li from Loughborough University.

The system predicts PM2.5 levels in advance—giving predictions for the levels in one hour to several hours' time, the researchers said.

It interprets the various factors and data used for prediction, which could lead to a better understanding of the weather, seasonal and environmental factors that can impact PM2.5, they said.

The AI system has the capabilities to be used as an air pollution analysis tool in a carbon credit trading system, the researchers noted.

The team created the system using machine learning—a type of artificial intelligence technology that uses large amounts of data to learn rules and features, so a system can make predictions.

The researchers used public historical data on air pollution in Beijing to train and test the algorithms.

The system will now be tested on live data captured by sensors deployed in Shenzhen, China, the researchers said.