Technology   In Other news  20 Jan 2020  WhatsApp outage brings out the funny bone among twitterati share hilarious memes
Technology, In Other news

Users of the popular WhatsApp were unable to send media files, stickers and GIFs on Sunday. 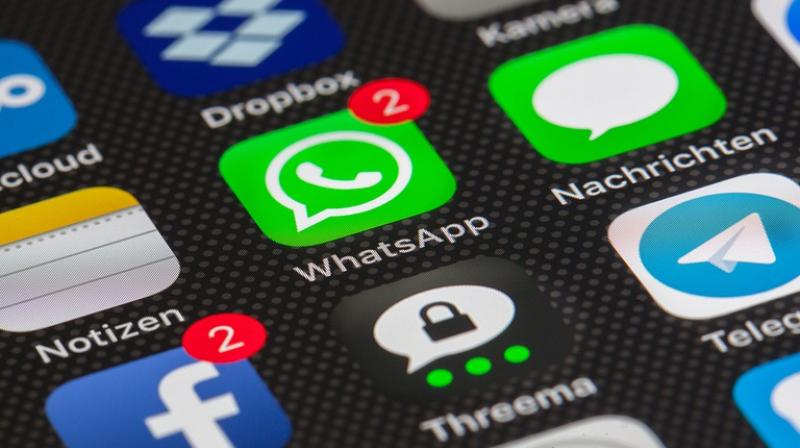 Regular messaging service has not been affected, however.

#WhatsAppDown was the trending hashtag on Twitter for the most part of Sunday afternoon in most countries across the world including India.

Users of the popular messaging app were unable to send media files, stickers and GIFs on Sunday.

Soon memes and funny videos took over with users sharing some hilarious jokes about it. 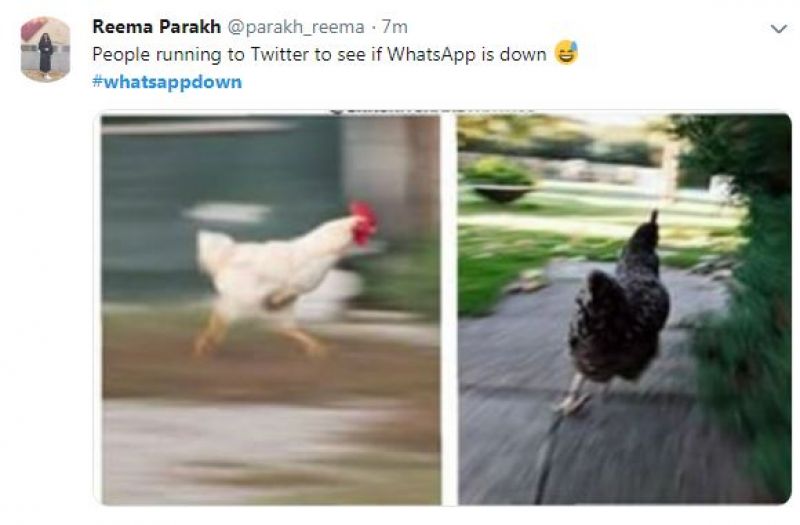 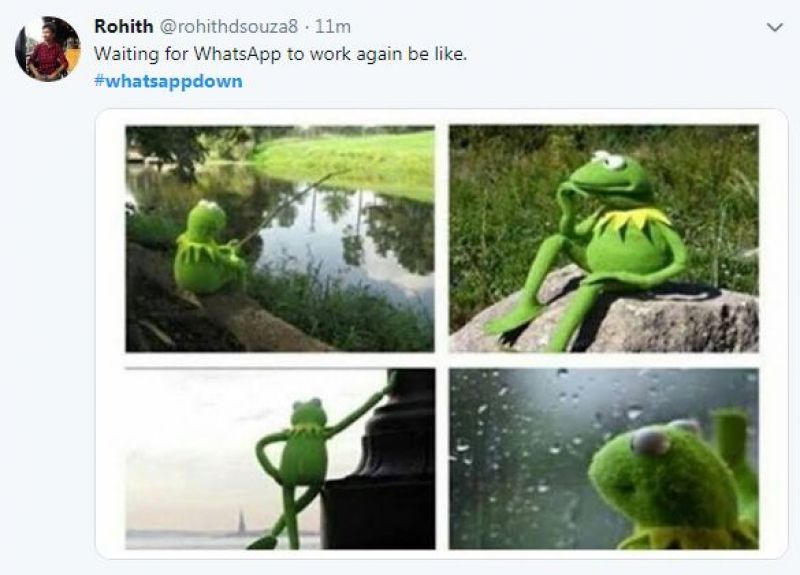 Regular messaging service has not been affected, however.

According to realtime problem and outage monitoring website, downdetector.in, users started reporting issues with the messaging service around 4 pm. and by 5:00 pm the outage graph showed a huge spike in complaints.

According to a map of the outage displayed by the monitoring site, the Facebook-owned messaging app faced issues in parts of India, Brazil, Europe and also in parts of the Middle-East including UAE.

However, there has been no official statement by the app's twitter handle.