That’s You! — a fun party game

The game may not be as engaging as its direct competitors but its presentation works in its favour. 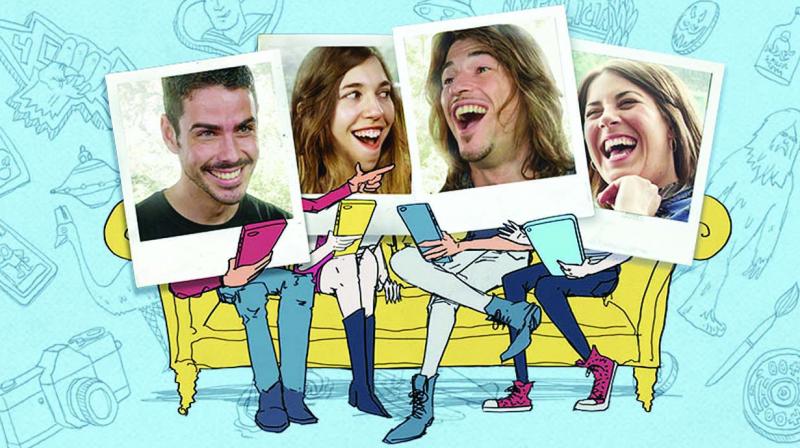 The first of these games is called That’s You!, a comedy quiz all about letting your friends know what you really think of them.

During their E3 pre-show, Sony revealed PlayLink, a collection of quirky and light-hearted party games focused on having a good time with friends and family. Like other games of this kind, PlayLink requires a group of people to connect a smartphone or a tablet to your PS4. The first of these games is called That’s You!, a comedy quiz all about letting your friends know what you really think of them.

The game can be played by up to six players and each must download an app from the Play Store or the App Store. They must all be connected to the same Wi-Fi network as the console itself, and must be signed in to their respective PSN accounts. The process is relatively simple and it takes only a few minutes to get everything set up.

Over the course of the game you will be taking selfies, making ridiculous drawings and answering questions about the people in your group. Players are put in different environments and must come to a consensus based on how well they know their friends. The game features over a 1,000 questions, ranging from awkward to absurd and silly. The objective is to score points by matching your answers with the person in question. You can also score bonus points by utilising wildcards. Due to its nature and design, the game is best played with a large group and isn’t all that fun with just two or three players.

Being photogenic and artistic helps, as in the final round all players take a selfie and let others work on it, before ultimately agreeing upon which one is the best. The whole game is strung together with a narrator whose voice and mannerisms can get annoying after a while.

While not as engaging as its direct competitors That’s You! is a fun party game you will probably play a few times before moving on. The ease of use and presentation work in its favour but like any game of its genre, your experience solely depends upon the people around you. Its simplistic and approachable, but that also means it can get boring after a few tries.