Technology   In Other news  19 Jun 2020  ‘Hey Siri’ tech trick lets people pulled over by cops in US record video on command
Technology, In Other news

“Siri police shortcut” was getting traction on social media after software developer Robert Peterson tweeted a link to its latest version. 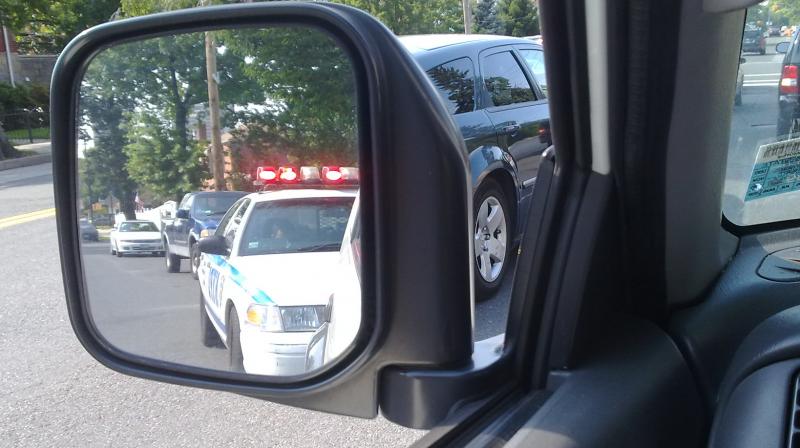 Video starts recording if one tells their iPhone “Hey Siri, I’m getting pulled over,” so if police misbehaves, it would be caught on camera. (Photo | Flickr - Mark Guim)

San Francisco: The widespread protests against police brutality have created a buzz around a software shortcut letting people cue iPhones to start video recording during a traffic stop in case of misconduct by officers.

“Siri police shortcut” was getting traction on social media after Peterson tweeted a link to the latest version of his two-year-old shortcut this week.

“This shortcut may be useful when getting pulled over by the police,” Petersen said in a Reddit post.

“Works best when used with a phone dash mounted.”

Once Siri is verbally cued, it pauses any music playing; turns down iPhone brightness; goes into do-not-disturb mode, and sends a message to a designated contact that a police stop is taking place and indicates where, according to Petersen.

It then starts video recording through the iPhone front camera, sending a copy to a specified contact, he explained.

The software trick must be installed by users and is not part of the iPhone operating system.

“Good to know,” a Twitter user posting under a Justice Seeker banner said in a tweet that included a link to a news report about the shortcut.

The killing of George Floyd by police on May 25 has fuelled a national and global uproar over racism and police brutality.

Smartphone videos shared on social media have become key bits of evidence against police misconduct, and the software shortcut was designed to make that easier.