The competition featured 1,800 young scientists from 420 affiliate fairs in 81 countries. 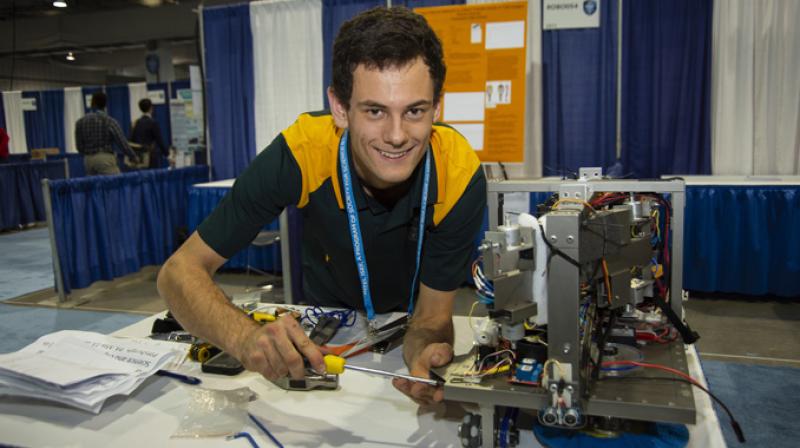 Oliver Nicholls, 19, of Sydney, Australia, was awarded first place on Friday, May 18, 2018, for designing and building a prototype of an autonomous robotic window cleaner for commercial buildings at the 2018 Intel International Science and Engineering Fair, a program of Society for Science & the Public and the world’s largest international pre-college science competition. (Credit: Chris Ayers/Society for Science & the Public)

Oliver Nicholls, 19, of Sydney, Australia, was awarded first place for designing and building a prototype of an autonomous robotic window cleaner for commercial buildings at this year’s Intel International Science and Engineering Fair, a program of Society for Science & the Public and the world’s largest international pre-college science competition. The competition featured nearly 1,800 young scientists selected from 420 affiliate fairs in 81 countries, regions and territories. 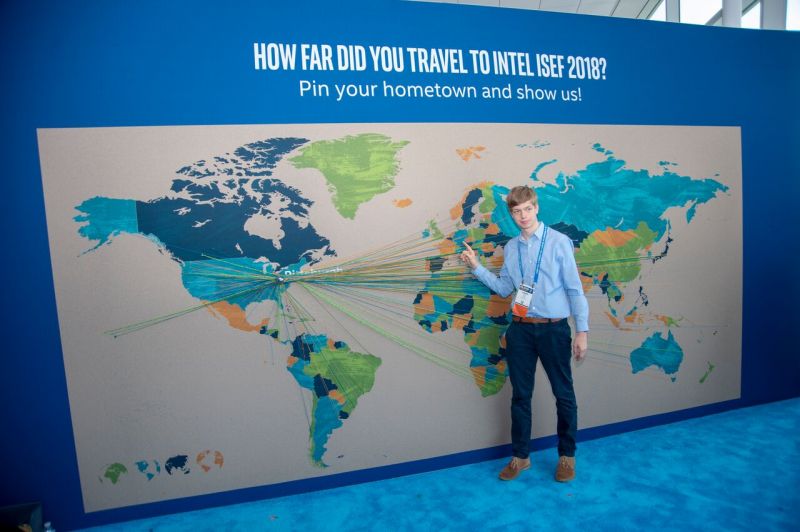 In essence, a flying drone-like device is tethered to the roof of a building and equipped with a powerful spray nozzle and rotating scrubbers. The $2,300 device can withstand 28 mph winds and could replace traditional methods that can exceed $11,000 per cleaning and reduce injuries in this high-risk occupation. Nicholls received the Gordon E. Moore Award of $75,000, named in honor of the Intel co-founder and fellow scientist. 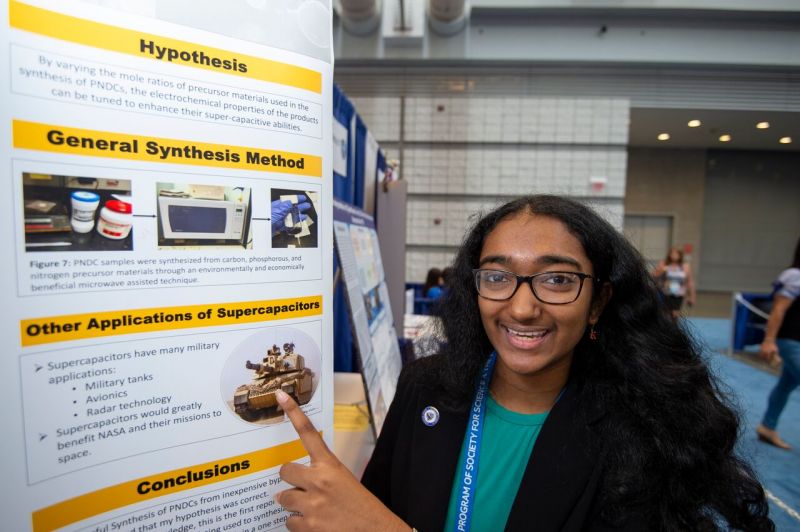 Meghana Bollimpalli, 17, of Little Rock, Arkansas, received one of two Intel Foundation Young Scientist Awards of $50,000 for her novel, low-cost approach for synthesizing materials that could greatly cut the production and energy costs of making electrodes for devices like supercapacitors. She found that combining common substances like tea and molasses with nitrogen and phosphorus in a commercial microwave formed a powder that could be used as a coating for electrode-like materials giving them similar properties of more expensive metals like platinum. 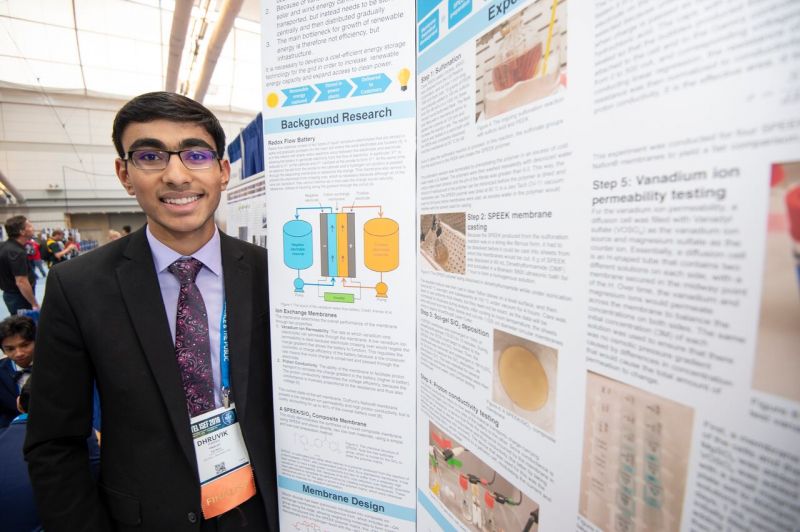 Dhruvik Parikh, 18, of Bothell, Washington, received the other Intel Foundation Young Scientist Award of $50,000 for his development of less expensive yet more robust ion exchange membranes for use in large industrial-scale batteries for storing solar or wind-generated electricity for later distribution. His composite membrane has 10 times the proton conductivity of the industry’s standard membrane while reducing production costs by about 30 percent. 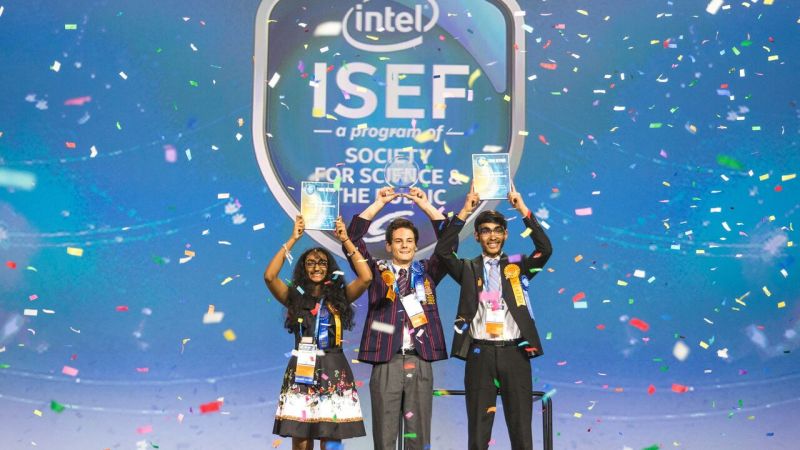 “Intel congratulates Oliver Nicholls, Meghana Bollimpalli, Dhruvik Parikh and all of the participants on their groundbreaking research that will help solve some of today’s greatest global challenges,” said Rosalind Hudnell, Intel vice president of Corporate Affairs and president of the Intel Foundation. “When students from different backgrounds, perspectives and geographies come together and share their ideas, there is no limit to what they can achieve.” 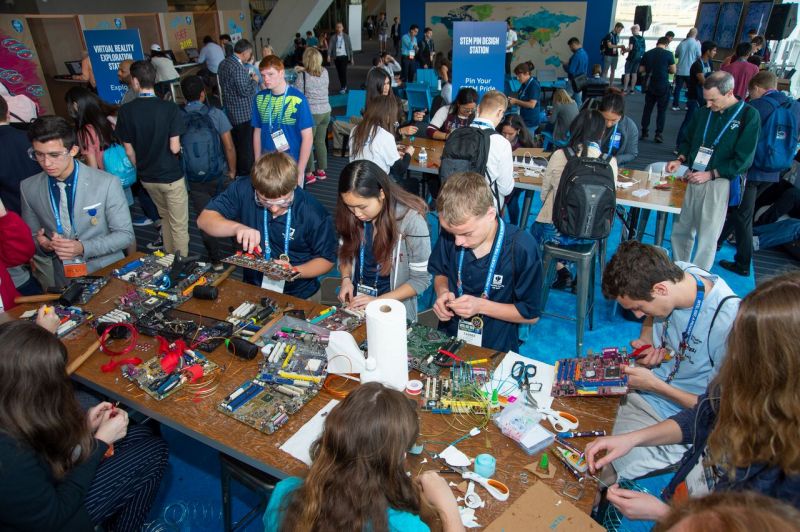 In addition to the top winners, approximately 600 finalists received awards and prizes for their innovative research, including 24 “Best of Category” winners, who each received a $5,000 prize in addition to their $3,000 first place award. The Intel Foundation also awarded a $1,000 grant to each winner’s school and to the affiliated fair they represent.

“Congratulations to Oliver Nicholls, Meghana Bollimpalli and Dhruvik Parikh on winning the top awards at the Intel International Science and Engineering Fair!” said Maya Ajmera, president and CEO of Society for Science & the Public and publisher of Science News. “The breakthrough ideas presented by the winners and finalists demonstrate how the brilliant minds of future generations will make the world a better place. These young innovators are the stewards of our future, and we look forward to seeing all that they accomplish as they continue to pursue their interest in STEM.” 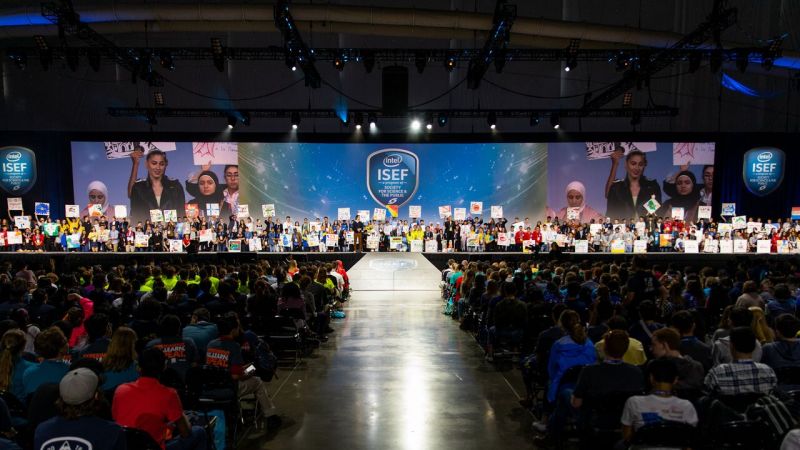 The Intel International Science and Engineering Fair encourages millions of students to explore their passion for developing innovations that improve the way we work and live. All finalists are selected by an affiliated, local competition and receive an all-expenses-paid trip to the Intel International Science and Engineering Fair. At the competition, finalists are judged by hundreds of science, engineering and industry professionals who have a Ph.D. or equivalent (six years of related professional experience) or are senior graduate students with doctoral-level research in one of the 22 scientific disciplines above.

A full listing of finalists is available in the event program. The Intel International Science and Engineering Fair 2018 is funded jointly by Intel and the Intel Foundation with additional support from dozens of corporate, academic, government and science-focused sponsors. This year, approximately $5 million was awarded.