Star Wars Battlefront II is back with a bang

The game will let you play as heroes and villains from all Star Wars eras. 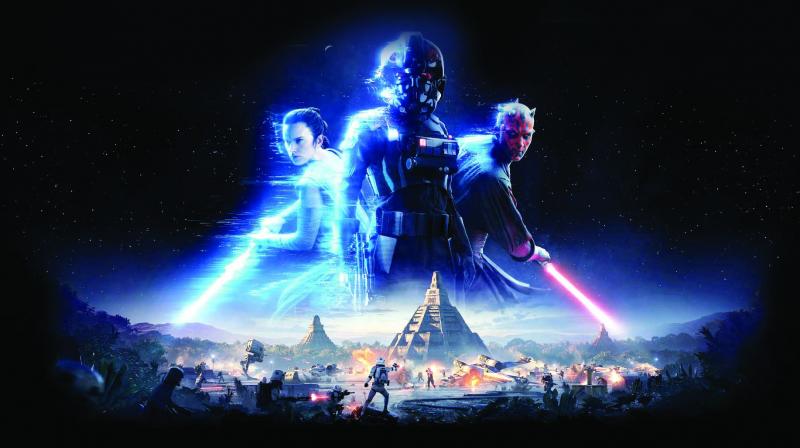 The game will let you play as heroes and villains from all Star Wars eras including Kylo Ren, Yoda, Darth Maul and many others.

At the Star Wars Celebration held last week, we received reassuring new details for the upcoming Star Wars Battlefront II. The previous game released alongside The Force Awakens and was met with heavy criticism due to its lack of modes, maps, a single player campaign and several design issues.

With Battlefront II, EA wants to focus on providing players with a lot more content including a proper single player campaign. It is written by Walt Williams, the man behind the engaging story of Spec Ops: The Line. The story is set after the events of Return of the Jedi and players will take control of Iden Versio, leader of Inferno Squad, an imperial special forces unit. Space Battles were also confirmed to be a part of the final game with support for up to 24 players. The previous Battlefront did allow you to play as pilots in X-Wings and TIE fighters, but you never had full control over them. I personally hope they completely rework the space battle system in the sequel.

The game will let you play as heroes and villains from all Star Wars eras including Kylo Ren, Yoda, Darth Maul and many others. They also announced that local co-op will be available for the PlayStation 4 and Xbox One versions of the game. Removing the class system was a big flaw in the previous game’s design and its encouraging to see it return as well. The creative director of the game confirmed that the game will not have a season pass, another area which led to accusations that EA required everyone to pay much more than the standard price for a complete game. This was later refuted by EA, saying that at this moment they are not ready to announce any live service plans. To me, this is all but a confirmation that they will be following the new trend of providing free maps and modes while charging users for cosmetic upgrades.

Just like the sequels of many games this generation, such as Destiny 2, Titanfall 2 and Watch Dogs 2; Battlefront 2 is a direct reaction to all the criticism levelled at the first game. When it launches, it will probably end up fulfilling all the promises the previous title should have delivered upon. The hype around the franchise and Star Wars universe will no doubt help it sell well regardless, but the fact that fans are finally being heard by publishers and developers will not only make this one of the better EA games in recent times, but also generate a lot of goodwill for them. Star Wars Battlefront 2 will launch on PlayStation 4, Xbox One and PC on November 17, 2017.