Technology   In Other news  19 Mar 2020  Help these researchers with corona memes: A study is on to find out the role of humour in a crisis
Technology, In Other news

Help these researchers with corona memes: A study is on to find out the role of humour in a crisis

A University of Amsterdam team has opened a portal where you can share memes in English, Mandarin, Korean, Polish, Dutch and Russian. 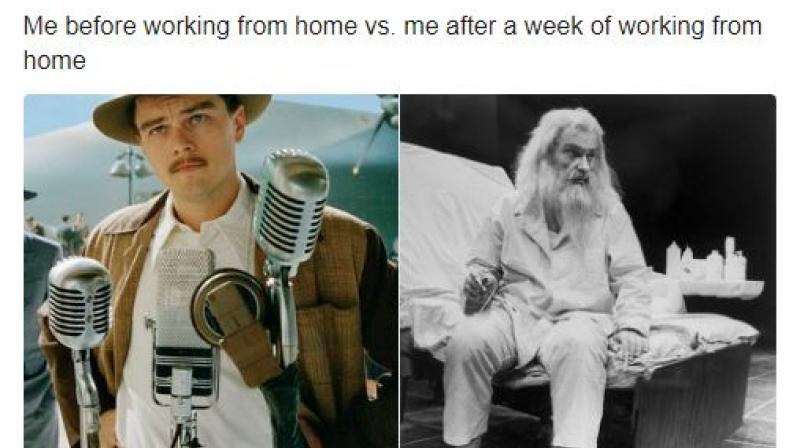 This meme comments on how strenuous working from home can be.

Chennai: Some of the best memes have cheered you up in these dank times of coronavirus shutdowns. But do they play any real role in a crisis? A team of researchers of University of Amsterdam and KU Leuven are trying to find out. And they want you to send them all the memes you can.

The researchers have set up a portal https://uvacommscience.eu.qualtrics.com/jfe/form/SV_eOGzCgEHtNW5PZX to collect as many memes as possible, The Next Web reported. The portal seeks details on where the meme was found (for eg WhatsApp), which country the meme was circulating in, and other such information.

You could also help the researchers get a better understanding of the memes, some of which may have local cultural references, by writing a few words on the context of the meme, or by explaining the joke.

Only memes in English, Mandarin, Korean, Polish, Dutch and Russian can be uploaded on the portal. But if you’re able to give an exact translation and the cultural context to the meme, perhaps, it would give the researchers a wider base to work with.

One of the researchers, Mark Boukes, was quoted as saying by The Next Web that they were trying to study how people “can make an issue so heavy still light enough to cope with it” and whether memes were used “just for humour or also as political satire”.

“Especially now, we can witness how people tend to communicate about public issues,” Boukes was quoted as saying.

Boukes and his colleagues were also studying how people of different cultures use humour in different styles and whether the targets of the memes were different.

Analysing the memes would likely reveal whether a Chinese or Russian meme would make fun of the government’s censorship of information about the coronavirus, and whether the memes themselves would be used to subvert such censorship. Would memes in a country like India expose the knowledge gap between one part of society that believes in science and another that believes in magical remedies? And whether the people trust their government or call it out for lack of transparency, among other things.

The researchers have not spoken about a time-frame for when the results of their study would be out, but the findings sure promise to be interesting.