Technology   In Other news  19 Feb 2020  Four social enterprises helping to curb air pollution in India
Technology, In Other news

Let us look at some social enterprises that are trying to make a difference by curbing air pollution. 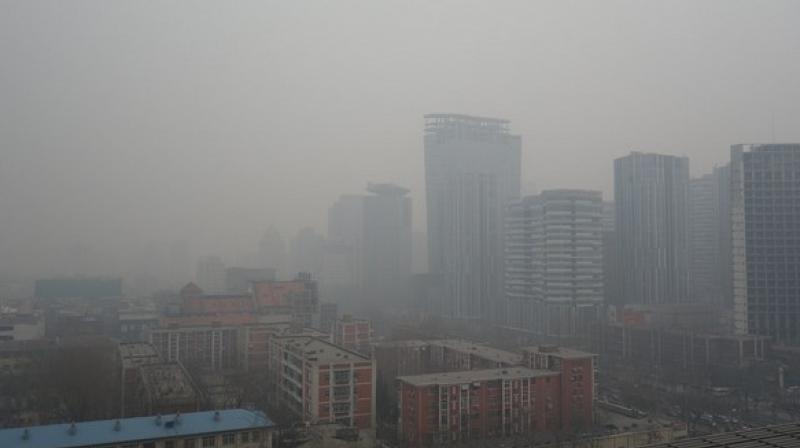 Via innovative and technologically sound products and services, air pollution is being attempted to be kept in check.

Today, Air pollution continues to harm billions of people on a daily basis in the country with spikes being witnessed more than ever. The air quality in India has been a major cause of environmentalists and business owners alike, since the  financial cost of dealing with polluted air, is the result of respiratory and non-communicable diseases, as well as an economic valuation of the years of life lost through premature death

While the government at all levels is trying to curb air pollution via different techniques and approaches, let us look at some social enterprises that are trying to make a difference by curbing air pollution across cities in India. Via innovative and technologically sound products and services, air pollution is being attempted to be kept in check.

Swasthgram Foundation: After a research of around 2 years, SWASTHGRAM found the solution which has the potential to bring back Healthy AQI – Shudhvayu Air Filters. A brilliant initiative using technological innovation to address the problem of Air Pollution in India especially in metro cities has the potential to bring down air pollution in a very short span of time. They predict that if Shudhvayu filters are installed on all moving vehicles on road in Delhi (approx 50 Lakhs), it has the potential to clean 20 tonnes carbon in a single day, making Delhi as healthy as any other developed international city.

Chakr: Delhi-based Chakr Innovation is on a mission to curb pollution but in a recyclable way. With its award-winning patented technology Chakr Shield, it takes diesel soot from generators and converts it into inks and paints. Their first product deals with the problem of unrestrained emissions from diesel engine generators. Even among these emissions, soot (Carbonaceous nano-sized matter) especially poses tremendous risk to public health due it's carcinogenic nature. Additionally, this particulate matter is so small that it can easily enter the lungs and bloodstream and have been linked to a wide range of serious health effects, including premature death, heart attacks and strokes; bronchitis and aggravated asthma among children. It is a matter of great concern, for India in particular, where air pollution is the fourth-largest cause of deaths.

Nanoclean: Nasofilters, is a nasal filter that sticks to your nose and prevents the entry of pollutants (PM2.5) in your body. Nanoclean Global Private Limited is one of the leading Start-ups into the development of preventive measures for polluted air and products for air filtration. There is a minimal pressure drop while using Nasofilters, so you do not experience any breathing discomfort.  They focus on high-end research at an extensive level with our highly qualified team and aim to pair the developed technology with the manufacturing processes to generate products targeted at the pollution agenda.

A-PAG: A-PAG is a social initiative that aims to create awareness about air pollution among citizens and work with the government to implement measures to improve air quality. Their initial focus is on the Indo-Gangetic plain; that’s because the issue here is even more acute than it is around the country. Their emphasis is entirely on air pollution. With his team of five, They created a YouTube channel titled ‘Pollution Ka Kya Plan Hai?’, and began designing content in the form of catchy videos. The videos showcased startling facts about pollution, health risks, and how the situation could be improved.