Tech is new canvas for art

Art and technology are coming together as artists fuel their creativity with tech tonic. 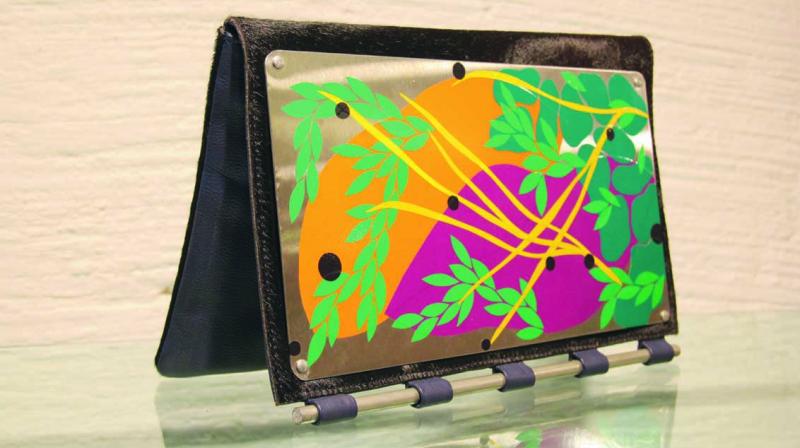 Gone are the days when one had to visit a museum to see the famous works of great artists or buy art pieces from galleries to decorate their homes. High-end technology is now providing artistss a broader platform to creatively express themselves. This mutual love between art and technology is not only growing at a fast pace but promises a more interestingly artistic future.

Some glimpses of such beautiful amalgamation were visible at the recently held Auto Expo in Delhi. The use of children’s’ car model by Jaguar XK 140 Roadster as an art canvas by artist Sahar Zaman and Dhiraj Singh was a perfect example of the collaboration of art and technology. It was not just the canvas but also the art work and the technology involved that strengthened our claim. Zaman, a multi-tasker — an independent arts journalist, newscaster, television anchor, art curator, creative entrepreneur, guest lecturer and jewelry designer, was intrigued by the idea of painting a car as she uses reflective tape for her art work — a glow-in-the-dark material which is a hardy and specially used on trucks and for road signage. “However, I use it differently with abstract art and floral painting which are hand cut. For the Jaguar, I intentionally used a mix of colours, including bright orange and pink, thus, making a statement that use of cars as toys or machinery is not limited to a specific sex,” shares Zaman who was introduced to tribal truck art during a trip to Pakistan. “For the art work they use reflective tape cut by machine stencils as their patterns are very intricate, which are showcased on trucks. This really intrigued me and when I was back in Delhi, I brought these sheets and started cutting them in contemporary abstract patterns. Instead of using them on trucks and roads, I started using   them on furniture and storage trunks.” It was with the trunks that people started viewing the art and soon she was flooded with orders for exclusive art work. From there on she started experimenting with various materials for a canvas — wooden cupboards, wine glasses, copper goblets and serving platters. 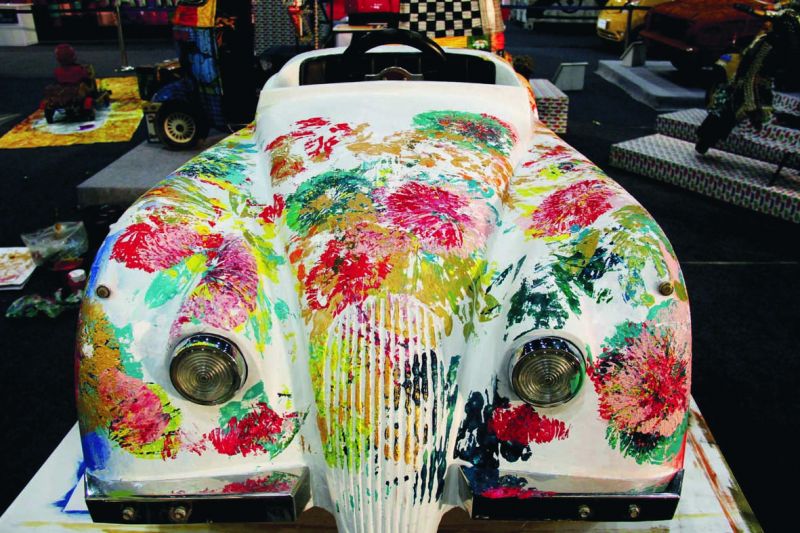 ‘Nature in Motion’ by Dhiraj Singh

Colours were another aspect that attracted Zaman to use reflective tapes, “making it appealing for fashion products. It added a lot freshness to the material and it nature of glowing in dark made it more fascinating to the youth as it glows in tangential light in clubs.”

Zaman’s artistic journey started with her mother who is also an artist and exposed her to renaissance and traditional art. This was further boosted when she started her life as a journalist 17 years ago, covering hardcore, political news while venturing into art journalism — interviews with the master of Indian modern art Sayed Haider Raza and M.F. Husain, the Piccaso of India. “The whole process of understanding their artwork and interacting with them in their studios gave  me a unique aspect of art. And at the same time reporting on local, fundamental and social issues helped me create a melange of creative aspect of art and reality when I started working on my art.” Her work on the metal shutter (20 X 22 ft) at the Heritage Transport Museum, Manesar, Gurgaon, using reflective tapes showcases the life and the various challenges a truker faces as the museum authorities were going to park trucks in front of it. 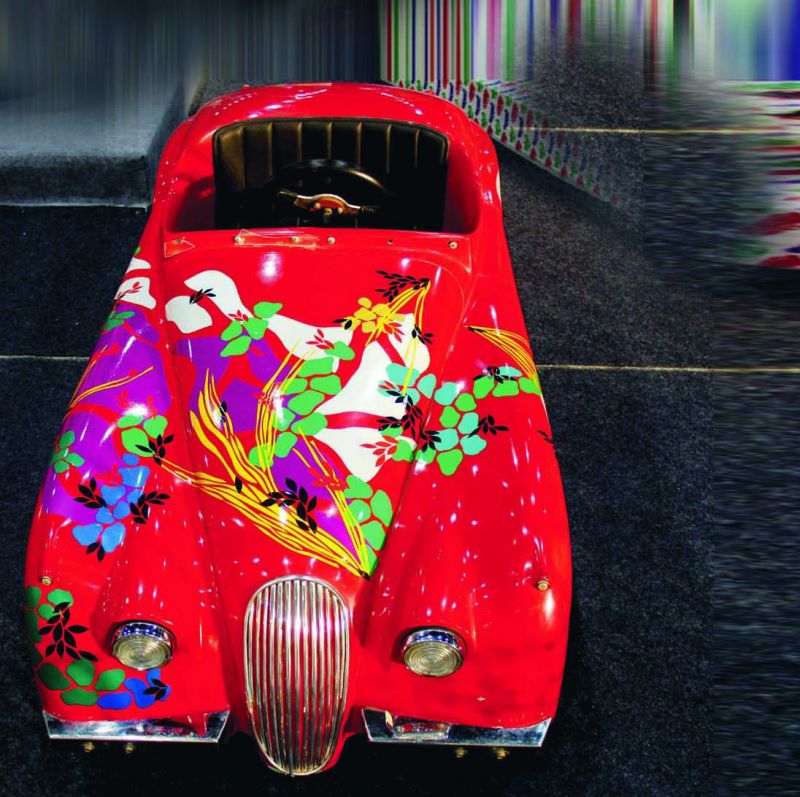 When it comes to technology, Zaman asserts that a coin has two sides and so does the use of technology in art. “Many artistes digitally create their art work and blow it up and print it on the canvas, on which they paint — making the work easy. It gives space for experimenting and creating something new which otherwise would have been unthinkable without technology. Its by-product is installation art — malls, museums and artiums often hold giant pieces of installation which is possible due to the exact calculations for precision and machineries like crane.” But Zaman is bothered by the excessive dependence on technology as one might end up unable to polish his/her’s skill as it often cuts the artiste’s bare hand creativity. “People like Anish Kapoor (British sculptor) or Jeff Koons (American artist) can no longer work with a set of brush and paints, rather there is a team, software and machinery. Thus an artiste becomes a director.”

But Dhiraj Singh who works with mix-media (or light boxes) of X-ray plates disagrees with the fact that technology overtakes an artiste’s creative viewpoint. “Earlier artistes used natural colours but when synthetic paints came into play, they were spoilt because they had numerous choices to work with. But that did not spoil their vision because they take only what they need as artistes have different colour palettes with respect to what appeals to their core idea,” shares Zaman. Adding a humours element he says: “Unless robots are used to create art, we are safe.”

Singh feels that the dialogue between art and technology starts with the constant desire to create new mediums to express. “Technology is always evolving. And we as artiste cross over from traditional artform to the untended areas of art, exploring the various ways of using technology as one has to be constantly innovative, shares Singh who has been involved with using latest developments in technology in his artworks. He would take X-rays of human body parts and car parts — looking into the inner working of both humans and machinery, and how it looks on the X-ray sheets which superimposes the denser parts — something that really intrigued him. His first work was Urban Shaman (Shaman: a traditional healer), a composite creation that explored the madness of the urban milieu that we inhabit along with trying to showcase the deep rooted  instincts which are primitive while learning to modernise, trying to find a way in the fast pace world. “A 4 X 6ft, canvas put on a light box had a X-rayed skull of a bison from someone’s personal collection as the head, human hands and toro, one hand was a car wheel — a folded hand like the Harappan terracotta, building rods for one leg and another was a human leg. Thus, it was an amalgamation of man and technology.” On the other hand he also works with abstract with an extensive use of nature — flowers and foliage, however he avoids giving the viewer a full picture and sticks to hints. His works use the magic and mystery of colour and texture, which was dominant on the Jaguar XK 140 Roadster canvas. “It gave me the opportunity to work with both art and technology,” says Singh who has no formal education in art but years of experience in observing the small things that whizz past our mind’s eye without being noticed. Along side his journalistic career he was always intrigued with art and went on to venture into it with a little push from his wife. Very early in his artistetic journey he was featured in the Indian Art Fair and today he stands as one of the pioneers in the field of experimenting art. Both Singh and Zaman are always on the outlook to create something new with technology by their side.