Merc's new boat for the seas is a 225kph monster 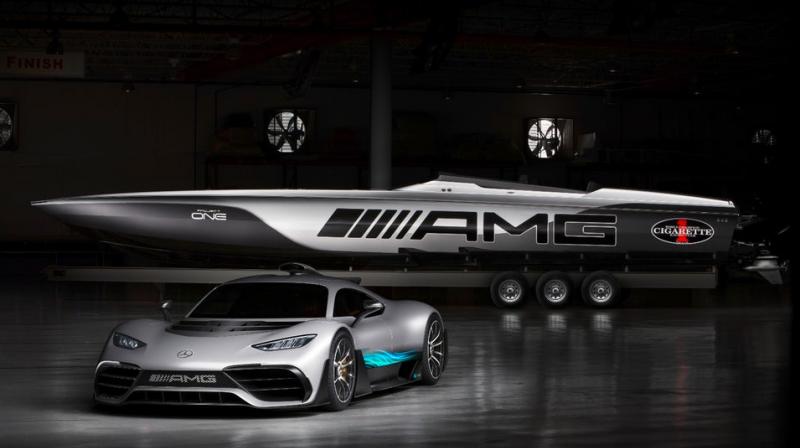 Housing a 3100hp racing engine in a hull made out of carbon fibre and Kevlar allows this ‘superboat’ to do 225kph on water, which is an outrageous speed on water. (Photo: Mercedes Benz)

Last year, Mercedes’ collection of skunkworks, commonly known to world of petrolheads as AMG, came out with the Project One supercar that was claimed to be majorly based on their F1 racer. However, they didn’t seem to be contended with trying to attempt shattering records at any racetrack. Instead, they wanted to claim their name to fame beyond the asphalt.

Therefore, in collaboration with Cigarette Racing, they have made a Project One boat for the tides, called the 515 Project One. Housing a 3100hp racing engine in a hull made out of carbon fibre and Kevlar allows this ‘superboat’ to do 225kph on water, which is an outrageous speed on water. The 515 Project One measures 51.5ft long and has a widened 9.5ft beam, which the company claims to provide enough room for transporting six passengers in comfort.

Inside, there are giant touchscreen panels showing navigation and all the other parameters that a boat man requires to while driving it. It also houses most of the other creature comforts that are generally not required in a racing boat, such as LED lighting, dual compartment cooler and a JL audio system.

There’s no pricing on this one yet, but if you have the means to get the Project One road car, then getting this boat shouldn’t be a hassle. The 515 Project One will be unveiled at the Miami boat show this year.