China is driving use of armed drones in Middle East

The report by the Royal United Services Institute, or RUSI, found that more and more Mideast countries have acquired armed drones. 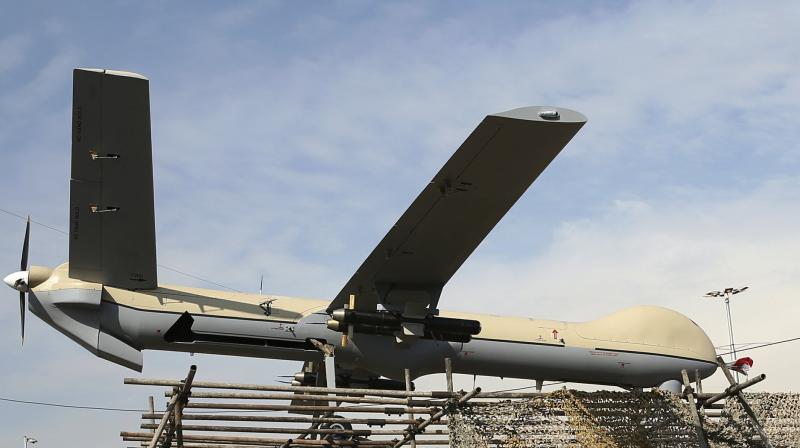 Countries across the Middle East locked out of purchasing US-made drones are being wooed by Chinese arms dealers. (Photo: AP)

The use of armed drones in the Middle East, driven largely by sales from China, has grown significantly in the past few years with an increasing number of countries and other parties using them in regional conflicts to lethal effects, a new report said Monday.

The report by the Royal United Services Institute, or RUSI, found that more and more Mideast countries have acquired armed drones, either by importing them, such as Jordan, Iraq, Saudi Arabia and the United Arab Emirates, or by building them domestically like Israel, Iran and Turkey.

China has won sales in the Middle East and elsewhere by offering drones — otherwise known as UAVs or unmanned aerial vehicles — at lower prices and without the political conditions attached by the United States.

The Associated Press reported earlier this year that countries across the Middle East locked out of purchasing US-made drones are being wooed by Chinese arms dealers, helping expand Chinese influence across a region vital to American security interest.

It noted the use of Chinese armed drones across Mideast battlefields, including in the war on Yemen, employed by the Emirati air force. Iran has also violated Israeli airspace with armed UAVs from bases in Syria, provoking armed Israeli response on the suspected bases.

The RUSI report , entitled “Armed Drones in the Middle East: Proliferation and Norms in the Region,” said that by capitalising on the gap in the market over the past few years, Beijing has supplied armed drones to several countries that are not authorised to purchase them from the US, and at a dramatically cheaper price.

“China, a no-questions-asked exporter of drones, has played and is likely to continue playing a key role as a supplier of armed UAVs to the Middle East,” it said.

For Turkey and the UAE, armed drones enabled them to conduct strikes in situations where they would not have risked using conventional aircraft, it said. Iran developed armed drones from the outset specifically to enable to project power beyond the reach of its air force, which is hamstrung by obsolete aircraft and sanctions, the report added.

The report said it remains to be seen whether and how the loosening of restrictions on the exportation of armed drones by the Trump administration will alter dynamics in the region. The administration in April permitted US manufacturers to directly market and sell drones, including armed versions, although the government must still approve and license the sales.

Aniseh Bassiri Tabrizi, who authored the report along with Justin Bronk, said proliferation of armed drones in the Middle East is unlikely to stop and could in fact accelerate despite the changes introduced by the US administration.

“Over the past two years the sales have increased massively and they are likely to increase even more,” she said. “This kind of collaboration is just going to grow especially in cases where countries don’t have the capacity to build them themselves.”