The researchers have now found a system to make the second-generation Affetto more expressive. 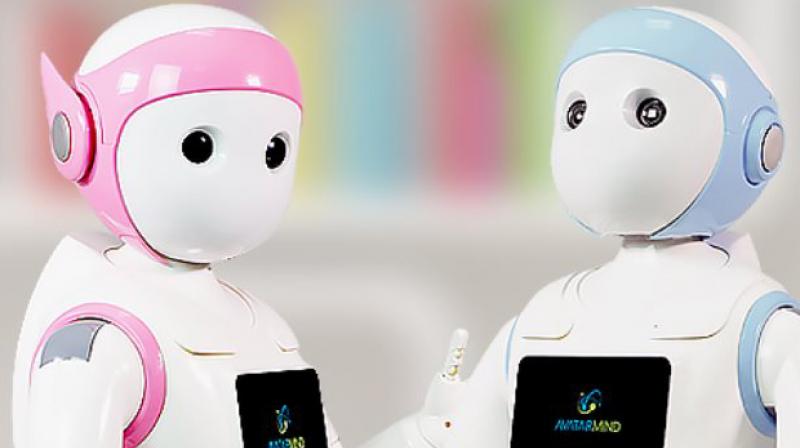 Japanese scientists have found a way to make faces of human-like robots more expressive, paving the way for machines to show a greater range of emotions, and ultimately have a deeper interaction with people. While robots have featured in advances in healthcare, industrial, and other settings, capturing humanistic expression in a robotic face remains an elusive challenge.

Researchers at Osaka University in Japan found a method for identifying and quantitatively evaluating facial movements on their android robot child head. Named Affetto, the android's first-generation model was first unveiled in 2011. The researchers have now found a system to make the second-generation Affetto more expressive.

Their findings, published in the journal Frontiers in Robotics and AI, offer a path for androids to express greater ranges of emotion, and ultimately have a deeper interaction with humans.

"Surface deformations are a key issue in controlling android faces. Movements of their soft facial skin create instability, and this is a big hardware problem we grapple with," said Minoru Asada from Osaka University.

"We sought a better way to measure and control it," Asada said. The researchers investigated 116 different facial points on Affetto to measure its three-dimensional movement. Facial points were underpinned by so-called deformation units.

Each unit comprises a set of mechanisms that create a distinctive facial contortion, such as lowering or raising of part of a lip or eyelid. Measurements from these were then subjected to a mathematical model to quantify their surface motion patterns.

While the researchers encountered challenges in balancing the applied force and in adjusting the synthetic skin, they were able to employ their system to adjust the deformation units for precise control of Affetto's facial surface motions.

"Android robot faces have persisted in being a black box problem: they have been implemented but have only been judged in vague and general terms," said Hisashi Ishihara, first author of the study.

"Our precise findings will let us effectively control android facial movements to introduce more nuanced expressions, such as smiling and frowning," said Ishihara.