The dating app has recently rolled out 23 gender identity options for Indian users. 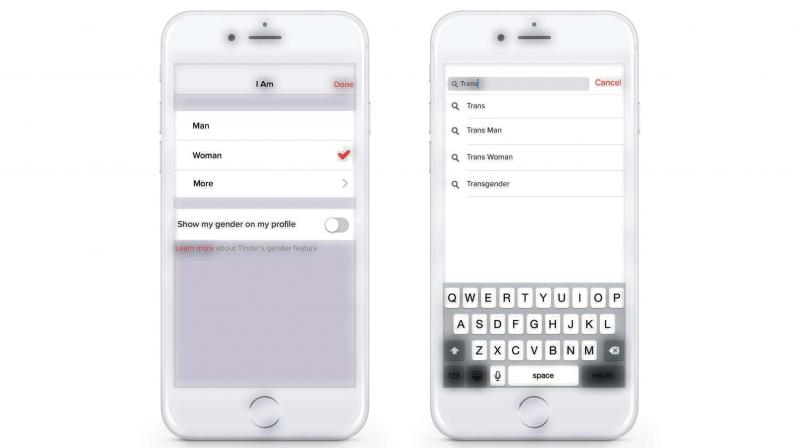 In what Tinder India terms ‘More Voices More Choices’, in a blog post, the app developers make this great move for acceptance by bringing under the profile choices for people from all gender and gender non-conforming communities.

Since 2016, Tinder has been synonymous with match-making with a lot of youngsters depending on the dating app to find love and relationships. Following several discussions and contemplation for some time over gender inclusivity, Tinder has now rolled out 23 gender identity options for Indian users.

In what Tinder India terms ‘More Voices More Choices’, in a blog post, the app developers make this great move for acceptance by bringing under the profile choices for people from all gender and gender non-conforming communities. The options include agender, androgynous, bigender, gender fluid, gender nonconforming, gender questioning, genderqueer, non-binary, female to male, male to female, other, pangender, trans, trans man, trans person, trans woman, transfeminine, transgender, transmasculine, transsexual, hijra, intersex and kothi. One can choose to edit their profile and under ‘I Am’, the option ‘more’ has all those options that would describe the user’s gender identity. The user can type a word that describes their gender identity so that they can select from the choices. All users can hereafter display their gender on their profile.

Stressing that no one will ever be banned from Tinder because of their gender, the blog post reads, “We built this feature with the help of our transgender and gender non-conforming users and consultants, including Humsafar Trust, India’s oldest LGBTQ organisation working for the health and human rights of the LGBTQ community since 1994, and LGBTQ author and inclusion advocate Parmesh Shahani.” It was this team that helped Tinder cut down the 37 international categories to 23, adding options specific to the Indian context and dropping terms that overlapped.

The post concludes with a small note, “We welcome your feedback and are committed to making Tinder the best platform for meeting new people — for everyone.”