Technology   In Other news  18 Oct 2019  Startup headed by ex-Apple engineer aims to eliminate smartphone buttons
Technology, In Other news

The technology is already being used by Taiwan’s Asus and its partner Tencent Holdings. 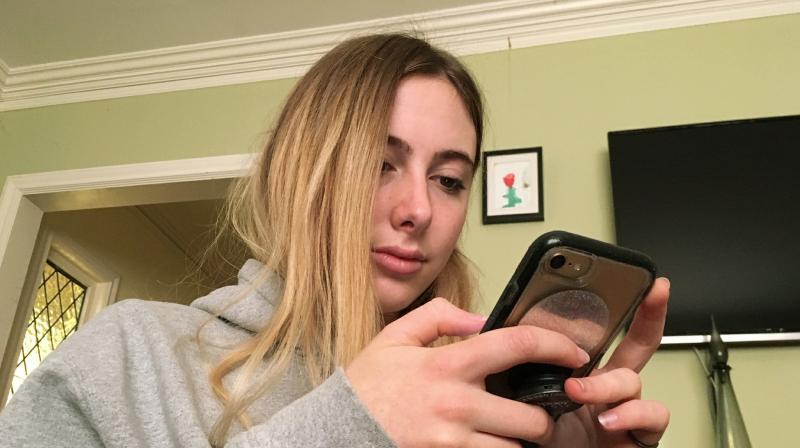 Sentons, a startup led by chip industry veterans, on Thursday began marketing technology that aims to do away with gadget buttons and said it is working with two smartphone makers in addition to an existing contract with Asus Computer Inc.

Headed by Jess Lee, an engineer who sold his previous company to Apple Inc, Sentons announced a sensor system that uses ultrasonic sound waves to detect touches, presses and swipes on a variety of materials such as the metal edges around a smartphone.

The technology is already being used by Taiwan’s Asus and its partner Tencent Holdings in a phone designed for gamers that was released in China this summer.

In the Asus phone, the sensors allow gamers to hold the phone horizontally and tap “Air Triggers” along its top edge as virtual buttons with their index fingers while their thumbs tap the screen.

“Touch screens are great, but (phone makers) hadn’t been able to figure out how to add interactivity to the sides,” Lee told Reuters in an interview.

“With the thinner and thinner form factors, perhaps even all glass or with funky metallic edges that are really, really thin, there’s no space for buttons.”

Lee, who sold an image sensor startup called InVisage Technologies to Apple in 2017, declined to identify the two other smartphone makers Sentons is working with.

The core of Sentons’ technology is a custom chip that sends out the sound waves and contains a processor and algorithms for understanding various gestures.

Sentons is also working on a virtual jog wheel which allows users to scroll through apps on phones that have become too large to hold with one hand. Another project is a virtual shutter button to focus a phone’s camera, similar to the way a physical shutter button works on dedicated digital cameras, Lee said.

San Jose, California-based Sentons has about 50 employees and has raised $37.7 million in funding from New Enterprise Associates and Northern Light Venture Capital.

Beyond smartphones, Lee said the company hopes to add touch interactions to devices where screen space is either extremely limited, such as the frames of smart glasses or the bands of smartwatches, or where there are no screens at all, like the steering wheels of cars.

In cars, “there are lots of luxurious materials - woods and leathers and metals,” he said. “We can make all of that active.”