No major changes for WWE 2K18

While WWE 2K18 is definitely fun and looks better, it’s still not a complete WWE experience. 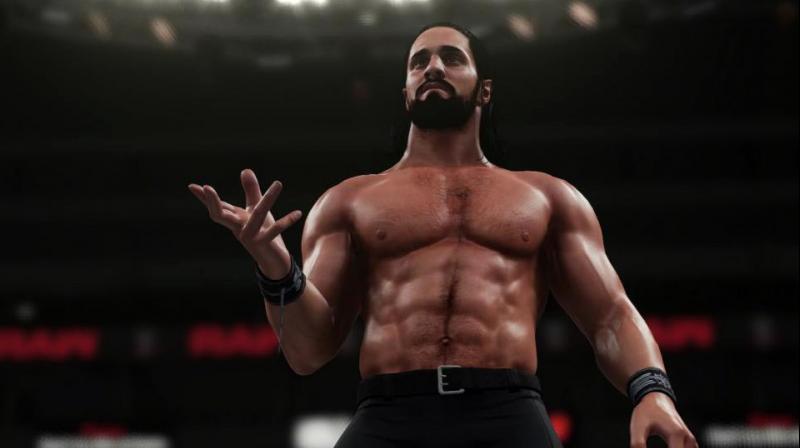 Creation Suite’ is one area WWE 2K games always excel at and this year is no exception.

WWE 2K18 finds itself trapped in a cycle it cannot get out of. Gameplay improvements are minor, the presentation is great as ever, commentary is still bad and it remains filled with age old bugs. It seems like every new feature is always shipped in an unfinished state before it gets refined in next year’s release.

The eight-man matches are one such example. They are overly chaotic and it becomes difficult to keep track of what is going on in different parts of the arena. In addition, this is where the game’s physics truly break and we witness the hilarious glitches we have been subject to for many years.

In ‘MyCareer’ mode you can now roam backstage, form alliances and get into brawls. It adds to the authenticity and the core loop of unlocking dozens of skills and increasing attributes, as you aim to fulfil your goal of winning championships is quite addicting. If you find career mode too repetitive, you can take the same ‘MyPlayer’ and compete online in a ‘Road to Glory’ mode.

My favourite new mechanic is the grab system which lets you carry opponents to specific parts of the ring or the arena and interacting with objects. You can use different positions or even carry an enemy mid move before finishing the sequence however you desire. It gives you the freedom to choose exactly how you want to use the environment to deal damage to specific body parts.

‘Creation Suite’ is one area WWE 2K games always excel at and this year is no exception. Its most intriguing feature is ‘Create-A-Match’, which lets you mix all sorts of rules and combine them with different types of matches. This gives you full control over the rules of the game and allows you to add unique stipulations.

Unfortunately, this is where the meaningful improvements end. The rest of the game is shockingly similar to 2K17 or even 2K16. Universe mode has new story elements and it finally acknowledges the brand split, but it is filled with the same glitches that prevented it from becoming an authentic representation of the product. As an example, after I had customised my universe, the very first PPV was scheduled to end with three promos back to back. Similar scheduling issues have been present for years now and it negatively impacts the immersion WWE 2K has been trying so hard to nail.

The game has a new commentary team of Michael Cole, Byron Saxton, and Corey Graves and more often than not, it’s a breath of fresh air compared to the lines we have heard hundreds of times from Cole and Lawler. But its implementation is not all that better. It is completely dry and forced, filled with awkward pauses, without any flow or care about where the interaction is headed. I also heard the lines repeat not only over the course of the same PPV but during the same match.

Long standing bugs aside, like most sports games, WWE 2K18 builds upon last year’s release without going through major changes or improvements. But unlike most other sports game, it is yet to give us a complete package this generation; one that can give you the tools to have satisfying matches across a variety of modes. While it has improved some aspects, WWE 2K18 can easily be considered as just another entry that does the bare minimum in order to meet its annual release schedule.