Technology   In Other news  18 Jun 2019  ‘Consent Condoms’ are a reminder that consent is of paramount importance to sex
Technology, In Other news

“If they don’t say yes, it means no,” is the creative campaign undertaken by an Argentinean sex toy manufacturer. 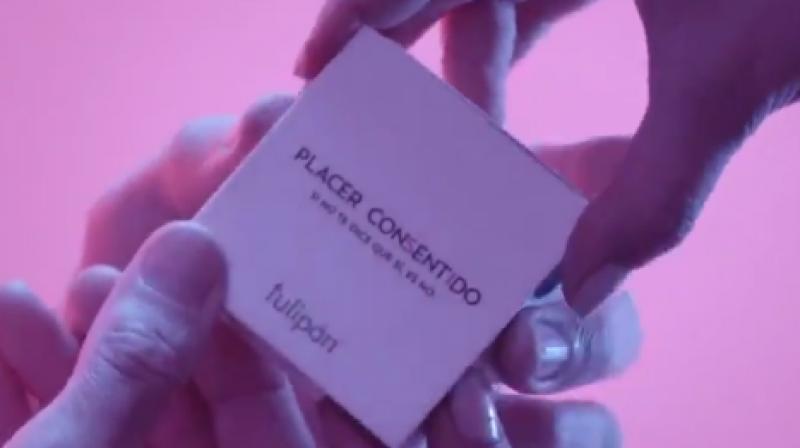 Tulipan’s Facebook page reads, “Why can't this box be opened with two hands? Because that's how consent works in relationships."

Consensual sex is paramount to every sexual encounter and in a bid to display how truly important this is, an Argentinean sex toy brand, Tulipan has roped in advertising agency BBDO Argentina for its latest project.

With the ‘Consent Condoms’ two hands are simply not enough to open the condom’s box. Four hands are necessary here as it takes two people pressing buttons simultaneously on all four sides of the box. The tagline of this creative marketing campaign reads, “If they don’t say yes, it means no,” and this is exactly how it ought to be.

This special edition condom box won’t be found at your local pharmacy; however, it serves as an important reminder regarding the magnitude of consent in any sexual encounter. This topic has gotten rapid attention in recent times in and around workplaces and colleges amidst the #MeToo movement.

Tulipan’s Facebook page reads, “Why can't this box be opened with two hands? Because that's how consent works in relationships."

The sex toy manufacturer has placed these special edition condom boxes in bars and at events and is also sharing the hashtag #PlacerConsentido on social media which translates to ‘permitted pleasure.’ Tulipan has plans in place to sell the product online in the future.

In a statement, Joaquin Campins of BBDO states, “Tulipan has always spoken of safe pleasure, but for this campaign, we understood that we had to talk about the most important thing in every sexual relationship -- pleasure is possible only if you both give your consent.”

People on social media applauded this initiative that’s been featured in the brand’s marketing but have also stated that the types of individuals who commit sexual assault would not pay attention to these warnings.