The blueprint from the European Commission covers allowing drones to operate in high density under the supervision of fleet operators. 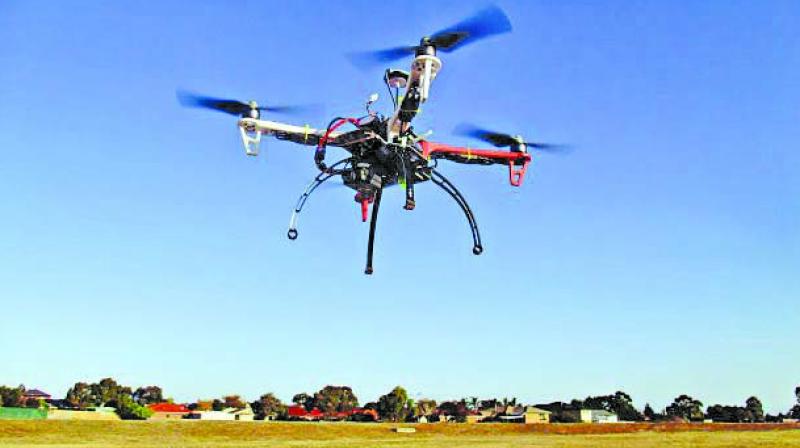 The EU unveiled a blueprint to safely regulate drone traffic in Europe by 2019 in order to tap the growing commercial potential for unmanned aircraft technology.

The blueprint from the European Commission, the EU executive, covers allowing drones to operate in high density under the supervision of fleet operators.

"We need the EU to be in the driving seat and have a safe drone services market up and running by 2019," she said in a statement.

"The EU needs to take a leading role worldwide in developing the right framework for this market to flourish, by unleashing the benefits for key economic sectors."

The idea is to build a system similar to that of Air Traffic Management for manned aviation, that would supply information to allow drones to fly safely and avoid obstacles or collisions.

The aim is to have the regulatory framework functioning by 2019, with basic services like registration and e-identification.

The European Commission said it hopes negotiations involving the European Parliament and 28 member states will be completed by the end of the year as a key part of the process.

Drones can be used to deliver services in urban areas, collect data for a wide range of industries, inspect infrastructure, and aid farming.

The Commission cited estimates that the drone services market could grow up to 127 billion euros in the next few years.

The demand for regulation is increasing with the rising use of drones and the risk of collisions.

The International Air Transport Association (IATA), which sets global standards for the aviation industry, counted 856 cases worldwide between January 2013 and August 2015 of a drone getting too close to a plane for comfort.

There have been no collisions to date, the European Aviation Safety Agency (EASA) reported in February.

According to IATA, 65 countries currently have rules for the use of small drones.

The International Civil Aviation Organization (ICAO) is trying to establish a global framework for the future use of drones.

Among EU countries, France is a pioneer. Government decrees already regulate drone use and parliament has voted in a law coming into force next year that will punish users of drones flying over airports and other sensitive areas with fines or prison.