Technology   In Other news  17 Sep 2020  Google Glass may not have taken off but Facebook eyes AR space with Ray-Ban smart glasses
Technology, In Other news

“Imagine a pair of glasses that add a 3D layer of contextually relevant, meaningful information on top of the physical world,” Facebook said 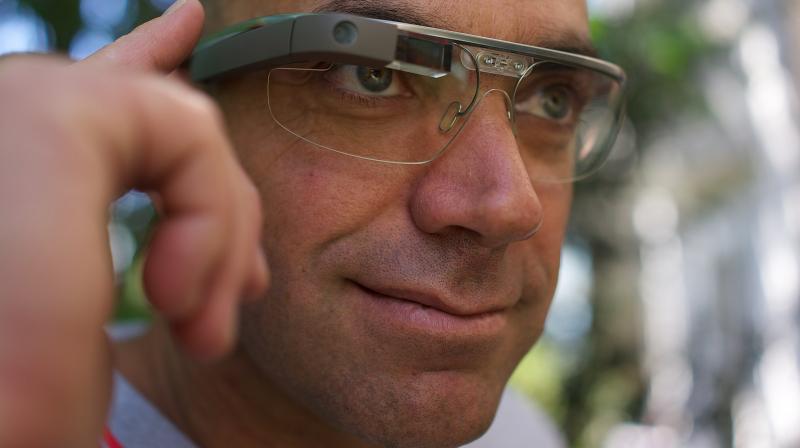 Google Glass launched seven years ago faced privacy hurdles, so Facebook is testing Aria prototypes with just 100 people, who will record in Facebook offices, their homes, and public spaces, but not in stores or restaurants without written consent. (Representative Image | Wikimedia Commons - Rijans007)

San Francisco: Facebook on Wednesday announced it would launch its own smart glasses next year which connect to smartphones as part of an alliance with eyewear titan EssilorLuxottica.

The Ray-Ban branded eyewear, a move by Facebook into wearable tech, is an early step in a project to create futuristic eyewear that augments real-world views with data or graphics from the internet, according to chief executive Mark Zuckerberg.

“They are going to be the next step on the road to augmented reality glasses, and they look pretty good too,” Zuckerberg said in a streamed presentation opening a developers conference devoted to its virtual reality platform Oculus.

Technical specifications of the smart glasses to be produced by the Franco-Italian firm were not disclosed.

Zuckerberg explained that engineers in a Project Aria team are experimenting with the eyewear.

The partnership will blend Facebook apps and technologies with Luxottica brands and Essilor lens technology in smart glasses that tap into the internet to help people stay connected with friends and family.

“Combining a brand that is loved and worn by millions of consumers around the globe with technology that has brought the world closer together, we can reset expectations around wearables” said Luxottica chief wearables officer Rocco Basilico in a release.

“We are paving the way for a new generation of products destined to change the way we look at the world.”

Zuckerberg cautioned that there is still much work to be done to perfect stylish glasses infused with sophisticated augmented reality capabilities.

Challenges include developing sensors, camera capabilities and software for “mapping” what wearers see around them in real time so scenes can be augmented with virtual imagery.

“Imagine a pair of glasses that add a 3D layer of useful, contextually relevant and meaningful information on top of the physical world,” Facebook said in a post about the project.

“Such a device could help us perform everyday tasks better—like finding your keys, navigating a new city, or capturing a moment; but it could also open up an entirely new way of moving through the world.”

Facebook stressed privacy and data protection are priorities in the project, particularly when it comes to cameras built into eyewear.

The technology firm was evidently trying to avoid the kind of backlash that vexed a Google Glass smart eyewear project after it launched seven years ago.

Cameras built into Glass gear sold to developers sparked enough outrage to have them banned in some businesses. Google backed off plans for a consumer version of Glass and focused on business uses.

Only about 100 people will be involved in testing Aria prototypes at the outset, primarily in the San Francisco and Seattle areas, according to Facebook.

Project Aria research participants will record in Facebook offices, their homes, and public spaces, but won’t record anything in venues such as stores or restaurants without written consent from the establishments.

Recording will only be allowed in the homes of wearers with consent from all members of the household, the company said.

Zuckerberg has described virtual reality as the next major computing platform, and it has the potential to reduce the sense of separation common when working, learning, or socialising remotely due to the pandemic.