Technology   In Other news  17 Aug 2020  Google slammed for spreading 'misinformation' to counter Australian law mandating it to pay for news
Technology, In Other news

The tech giant in an open letter claimed it would be forced to hand over users’ search data to news media companies. 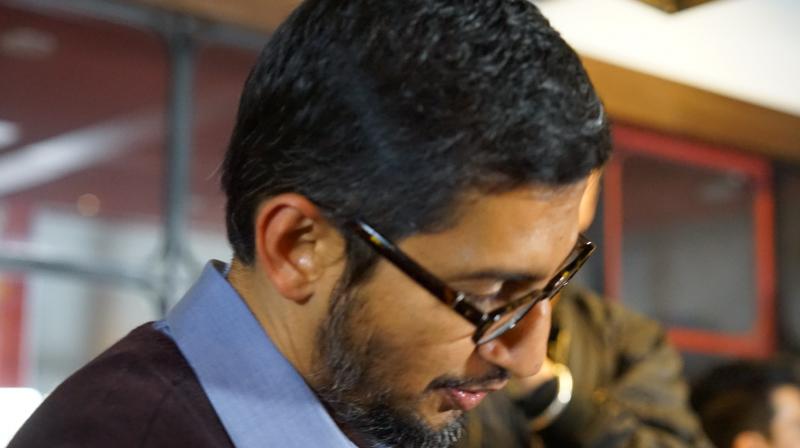 The Australian Competition and Consumer Commission slammed Google’s “misinformation” and said the company would “not be required” to share additional user data with the news media or charge Australians to use its free services “unless it chooses to do so”. (Photo of Google CEO Sundar Pichai | Flickr - Nguyen Hung Vu)

Sydney: US technology giant Google went on the offensive Monday against an Australian plan forcing digital giants to pay for news content, telling users their personal data would be “at risk”.

Australia announced last month that firms such as Google and Facebook would have to pay news media for content, after 18 months of negotiations ended without agreement.

The landmark measures would include fines worth millions of dollars for non-compliance and force transparency around the closely guarded algorithms firms use to rank content.

Google is now fighting a rearguard action to prevent the measures from entering into force—and been accused by Australia of spreading “misinformation” in the process.

On Monday it told users in a new homepage pop-up that “the way Aussies use Google is at risk” and their search experience “will be hurt” by the changes.

The technology titan linked to an open letter claiming it would be forced to hand over users’ search data to news media companies and give them information that would “help them artificially inflate their ranking” above other websites.

Google says it already partners with Australian news media by paying them millions of dollars and sending billions of clicks each year, suggesting the changes could put its free services “at risk”.

“But rather than encouraging these types of partnerships, the law is set up to give big media companies special treatment and to encourage them to make enormous and unreasonable demands that would put our free services at risk,” the letter states.

The legislation will initially focus on Facebook and Google—two of the world’s richest and most powerful companies—but could eventually apply to any digital platform.

Australia’s proposals are being closely watched around the world, as regulators increasingly train their focus on the rapidly changing sector.

The crisis has been exacerbated by the economic collapse caused by the coronavirus pandemic, with dozens of Australian newspapers closed and hundreds of journalists sacked in recent months.

Unlike other countries’ so-far unsuccessful efforts to force the platforms to pay for news, the Australian initiative relies on competition law rather than copyright regulations.

The Australian Competition and Consumer Commission, which is drafting the government’s code of conduct, hit back at Google’s open letter saying it “contains misinformation”.

The consumer watchdog said the digital behemoth would “not be required” to share additional user data with the news media or charge Australians to use its free services “unless it chooses to do so”.

“The draft code will allow Australian news businesses to negotiate for fair payment for their journalists’ work that is included on Google services,” it said in a statement.

It has strong support from local media outlets and is expected to be introduced this year.